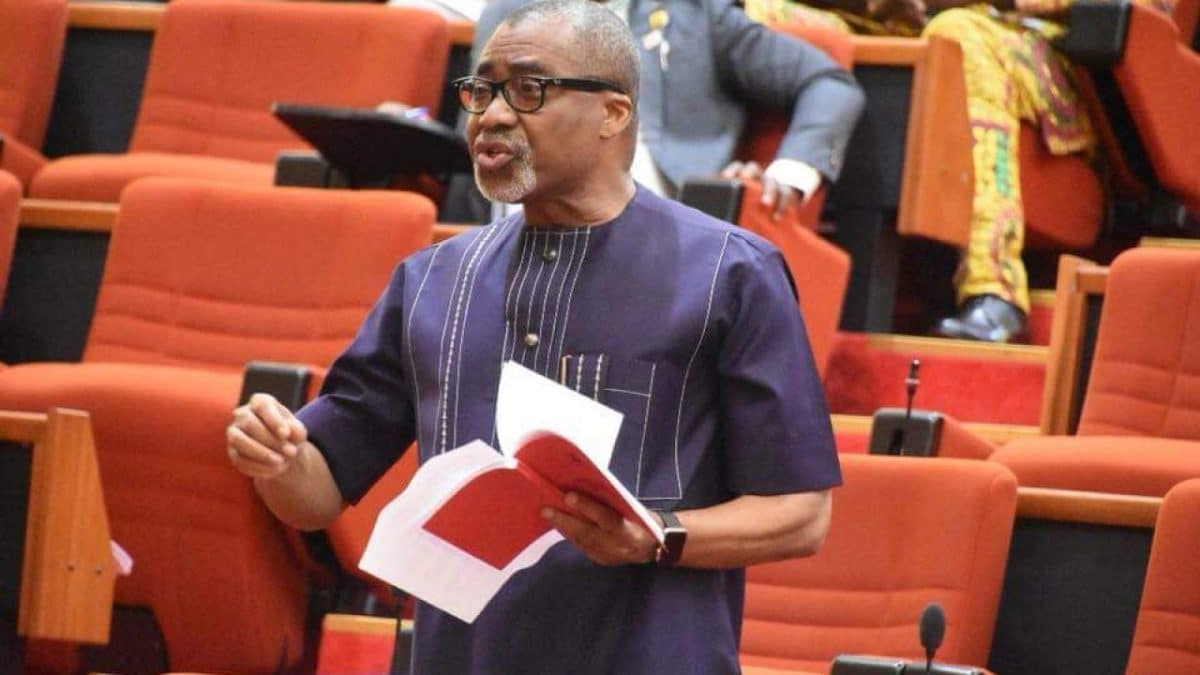 Senate Minority Leader, Enyinnaya Araribe, has said that the only person from the South-East region working for President Muhammadu Buhari in Aso Villa was a photographer.

Abaribe made this known on Friday when he featured on Sunrise Daily, a programme on Channels TV in reaction to Governor David Umahi’s defection from Peoples Democratic Party to the All Progressives Congress.

Abaribe, who is a member of the PDP, said Umahi’s defection was merely an occurrence and will be evaluated properly during the next presidential election.

He said, “Let us assume Governor Umahi is bringing the South-East, as he says, into the mainstream because that was what I heard yesterday. What is the mainstream? Is it the Aso Villa that belongs to all of us that you cannot find a single person from the South-East, except a photographer?

“Before, every part of this country was represented in the Aso Villa, so when you want to do government business because sometimes government business is done from back channels, so if you have a problem or they want to do some consultations, you make a call into the Villa, you call to your countryman and say please can you tell oga this or that so that we can have this talk, there is none today inside the Villa. There’s one guy, his name is Sunny, I think he’s a photographer.

“So, Umahi is going to talk to who? Okay, because he is governor he can talk to Chief of Staff, he can go to see the President but what about others?”

When confronted with names of those, who are from the South-East and aides to the President, Araribe responded by asking, “Where are they? Can you call them and ask them to tell the President A, B, or C? Everybody knows that we do not have someone you can call a proper person within that whole enclave you call the Villa.”