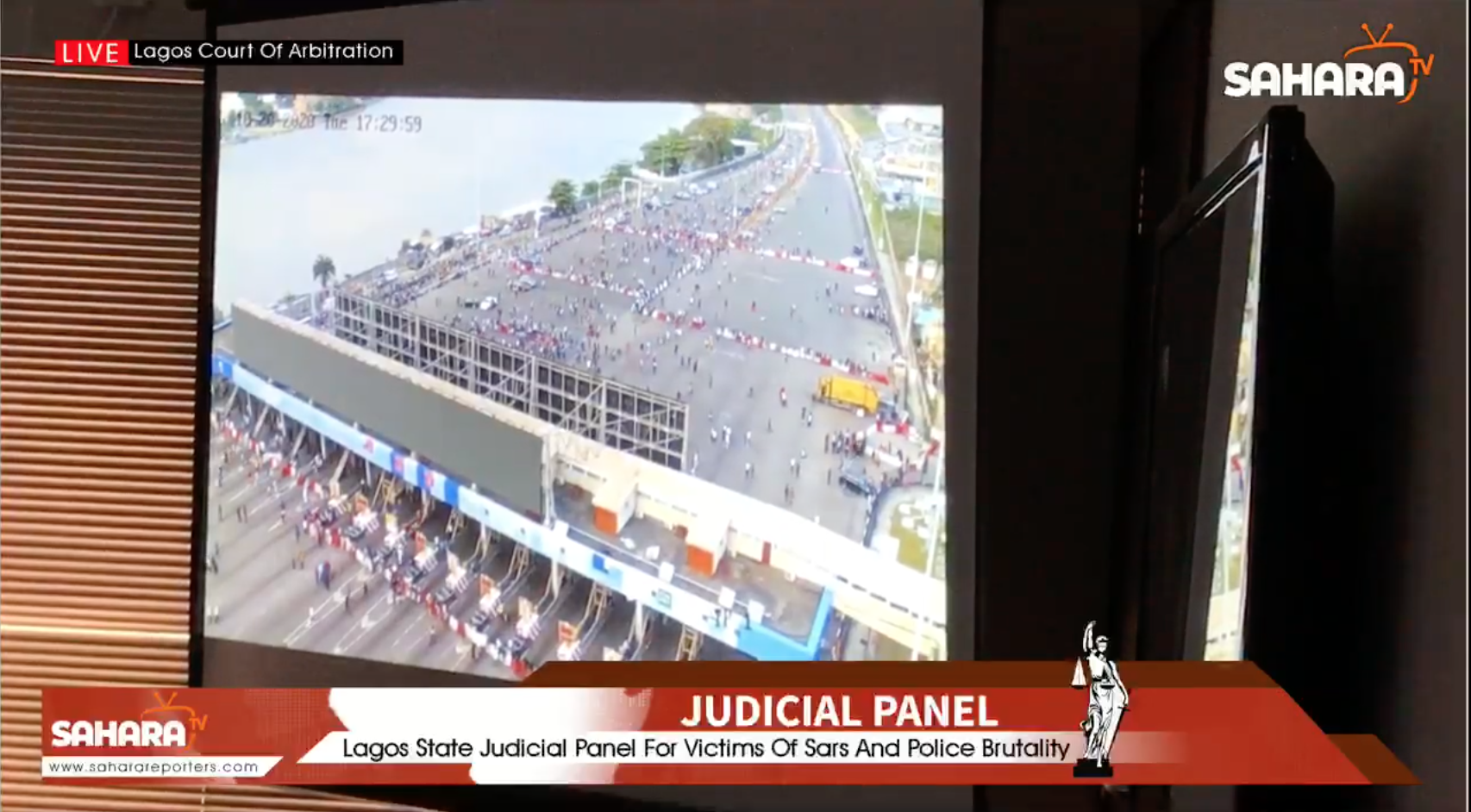 The Lagos State Judicial Panel of Inquiry on police brutality has resume the viewing of the Closed-Circuit Television footage of the October 20 Lekki Toll Gate shooting of protesters.

Soldiers had opened fire on peaceful #EndSARS protesters demonstrating at the toll gate, leaving about a dozen of people dead and many others injured.

The panel established to investigate the matter requested to view the CCTV footage of the day recorded by Lekki Concession Company, the organisation in charge of the toll gate.

The panel started viewing the 20-hour-long video before it was agreed that Mr Ademola Ogunlana, a lawyer representing some victims of the shooting, be allowed to watch the video and suggest some parts to be viewed by the panel.

At the resumption of sitting on Saturday (today), Ogunlana informed the panel to view  the video from 5:00pm to 7:59pm when the CCTV stopped recording.

Lekki Concession Company had previously informed the panel that its CCTV did not capture the shooting of protesters.