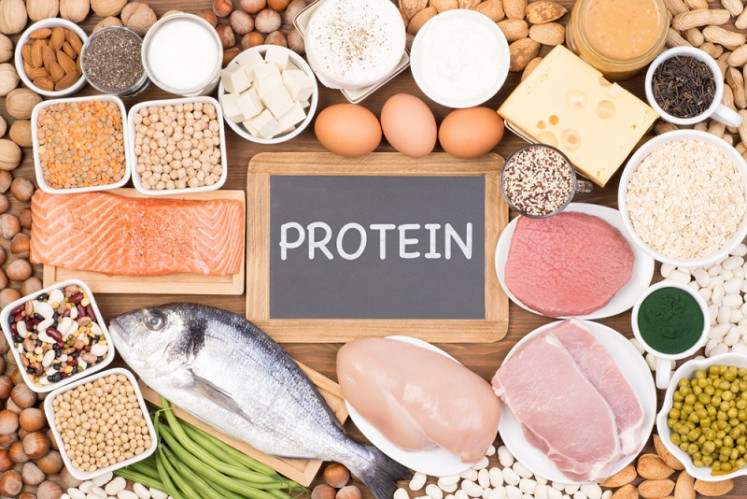 Nigerian nutrition experts have explained the rationale behind the urgent need for a protein-centred nutrition policy, stating that such a policy would guarantee and produce sound leaders that the country would be proud of.

The group of experts who spoke during a webinar put together by MediaCraft Associates Ltd tagged:  “The case for a protein-centred National Nutrition policy”,  called the urgent need for government at all levels to begin to come up with a nutrition friendly policy  that would guarantee the future of  Nigeria and its children

Speaking, a Public Health Expert and Co-founder and National Chairperson Women in Global health, Nigeria,  Dr. Adepeju Adeniran  said  there was the need for a concerted effort towards ensuring that everyone in the population enjoys a measure of good health.

She listed key factors responsible for protein consumption habits in Nigeria to include the availability of food source, affordability of the food, taste of the food, knowledge of its nutrition value and personal choice or preference of the buyer.

She explained that data extracted from the Nigerian Protein Deficiency Survey reports showed that about 51 percent of the survey respondents did not have access to protein-rich food because of cost.

Adeniran, said those most affected by protein deficiency are children, women of childbearing age, the elderly and the immune-compromised without inadequacy of protein in their diet. Taking a look at the Nigerian plate, she said population malnutrition and undernourishment in Nigeria can be demonstrated from the successive national surveys done in both the adult and children population.

Adeniran said protein deficiency was responsible for both stunting, chronic anaemia and protein energy malnutrition figures in adult females, stressing  that in Nigeria priority is often placed on a carbohydrate with protein considered second-best in what makes up the regular  Nigeria plate, attributing the development to attitudes and cultural norms.

Speaking, Dr. Omadeli Boyo revealed that Nigeria has assumed the status of a country with the second-highest rate of children with stunted growth for children under five adding that two million children in the country currently suffer from acute malnutrition with the government only able to reach two out of 10 for treatment.

Continuing, Boyo called for nutrition-based education, adding that the pandemics can be taken care of if the population is well-fed with nutritious food instead of the billion spent on combating it with drugs. He also canvassed for nutrition-based education in schools, health centres,  and hospitals and that pregnant women must be made aware of the importance of a protein-based diet.

Boyo called for the encouragement of farmers to grow certain crops that are cheaper sources of local protein.

Also on her part, Beatrice Oganah-Ikujenyo identified barriers to effective nutrition policy. The barriers, she posited include nutrition being viewed as a multi-sectoral and multi-disciplinary issue. For her, nutrition should be viewed as a priority and must stand alone.

“There should be no conflict of interest “, she suggested, adding that the current situation where nutrition is in the Ministry of health and also agriculture presents a challenge.  Implementation becomes easier when there is a Ministry of Food.