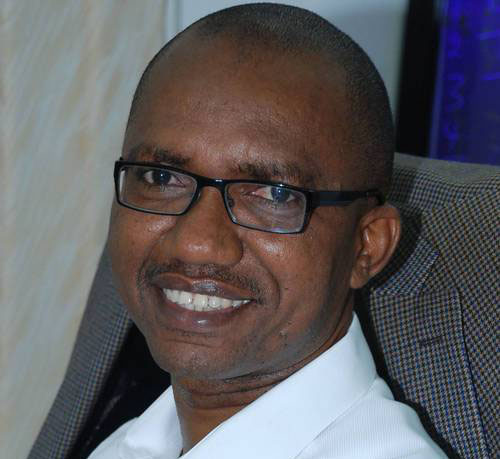 The saying that a prophet is not appreciated at home may well be referring to former Ghanaian president, Jerry Rawlings, who died last Thursday from COVID-19 related complications, three weeks after his mother was buried.

Ghana is in seven days of mourning, but Nigeria is crying more than the bereaved. Among Nigeria’s political elite, there has been a “condolence contest.” And among the wider public, the outpouring of grief and tribute on social media makes Ghana look like Rawlings’ distant second home.

Rawlings’ life was a big deal in Nigeria. A very big deal. He was a regular presence in lecture circuits. He was particularly loved by left-leaning Nigerian students and radical politicians. He was also popular among blue-collar workers, who would have been pleased to join his army for life at short notice.

After decades of widespread corruption – just as rampant in military as it is in civilian rule, popular public imagination still extols the “Rawlings treatment” as the only practical solution: that is, public execution of anyone found or perceived to be corrupt.

Of course, Nigerians saw horrific spectacles of executions back in the day when armed robbers or coup plotters were tied to the stake and publicly executed at a famous Lagos seashore called the Bar Beach.

But that blood sport, that grim “Bar Beach show,” was mainly for armed robbers or coup plotters, sparking criticisms that while factions of Nigeria’s ruling elite were shooting small fry and settling personal scores against rival officers, Rawlings went for the jugular by executing the big fry, the real promoters and profiteers from corruption among the political class.

On his passing last week, one Nigerian tweet mourned Rawlings as “a true son of Africa; a fallen Iroko tree.”

Others hailed his tireless effort to clean up Ghana’s public life, his spartan lifestyle and patriotism and his exemplary, down-to-earth politics.

Yet, it would appear that the single biggest reason why Nigerians loved Rawlings was his effrontery, the revolutionary zeal with which he fought the war against corruption in Ghana – a crusade in which his government executed three former heads of state and three judges, exiled many perceived enemies and left the press with a bloody nose.

Nigeria’s history has its own bloody pages, too. Part of what led to the civil war was the first military coup in 1966 purportedly targeted at a “corrupt” political elite. Revenge killings followed and the result was a civil war that cost nearly two million lives.

A slew of military coups and counter-coups – all purporting to rid Nigeria of corruption, waste and mismanagement – piled on each other, without real evidence of progress in the fight against corruption, a malaise estimated by the World Bank to cost countries like Nigeria, Kenya and Venezuela $1trillion per year or 12 percent of GDP.

Curiously, the same heavy-handed – even bloody – tactics for which Nigerians love Rawlings is strongly resented in at least two of its own leaders who, like Rawlings, also morphed from “khaki to kente.”

When President Olusegun Obasanjo first ran for office as civilian president his appalling conversion of Ita Oko (an Island on the outskirts of Lagos into a black site), a mini forerunner of Guantanamo and his iron-fist in quelling student’s protests (not to mention his onslaughts on musical icon, Fela Anikulapo-Kuti) were cited as transgressions for which human rights groups in the country demanded apology and even restitution.

For President Muhammadu Buhari, it was even worse. The military decrees on his watch that imperiled press freedom and under which two journalists were jailed; the long and harsh prison sentences meted out to politicians by hastily constituted tribunals; and the popularisation of corporal punishment, were among the long list of grievances held against Buhari each of the four times he contested for the presidency.

His explanation that he had become a “reformed democrat” fell on deaf ears. In 2015, his campaign team had to dress him up in an assortment of costumes including fancy bow-ties and corporate suits, to make him look truly the reformed part.

To date, Buhari is still taunted over the occasional appearance of his military reflexes. Some families whose patriarchs he handed long jail sentences, blame him for the premature deaths of their loved ones. The deployment of soldiers who shot at unarmed protesters during the recent #ENDSARS protests has also been canvassed as lingering proof that the spots of the Buhari leopard remain intact.

It’s doubtful, however, if any Nigerian leader would do anything close to what Rawlings did, especially in his first coming, and get away with it. The only man who tried – General Sani Abacha – did not live to tell the story. Military president, General Ibrahim Babangida, who executed a variety of authoritarian rule in velvet clothing, only managed to escape by the skin of his teeth.

Yet, Nigerians extol Rawlings who executed former heads of state and judges among other draconian remedies, and also swear that nothing short of the “Rawlings treatment” will save the country.

Apart from Samuel Doe’s violent overthrow of William R. Tolbert’s government in Liberia in 1980 and the public execution of Tolbert’s cabinet members applauded by cheering crowds who lived to regret it, and the Red Terror in Ethiopia following the overthrow of Emperor Haile Selassie, Rawlings’ Ghana stands up there in the pecking order of horrific public executions of high-profile officers on the continent after a military takeover.

So, what is it about Rawlings that Nigerians swoon over? His charisma? Charismatic leaders make our hearts beat a little faster. They send our blood racing, especially if their candles were blown but prematurely – like General Murtala Mohammed or Captain Thomas Sankara. But Robespierre and Hitler were also charismatic leaders.

What was it in Rawlings then that Nigerians adored? Why was it that even if he had killed 10 people when he was alive, Nigerians seem prepared to say, “Thank God, it was not 11”?

Leading columnist and chairman of the Editorial Board of the Abuja-based Daily Trust, Mahmud Jega, told me, “Africans appreciate strong, vibrant, forceful leadership. They love leaders who are passionate, anti-colonial and yet, with the common touch.”

That description fetched the image of Rawlings stopping his convoy to pick up stranded passengers along the way. There is also the viral video of him getting out of his car in a traffic jam in Accra to take charge with rapturous commuters chanting, “Papa J! Papa J!!” Or his confession that he didn’t have a foreign account for all the years he was in government, until a few years ago when former UN Secretary General, Kofi Anan, asked him to open one.

Jega admitted that even though Rawlings’ first coming was “one of the most traumatic on the continent”, his subsequent record as two-term civilian leader made up for his earlier flaws. “He is, in a fundamental way, the father of modern Ghana,” he said.

Perhaps it was that redeeming act that Nigerians really admired about Rawlings: his courage, his patriotism, his charm, his willingness to slay any dragon whatever its size, and more importantly, the strength of his conviction.

Yet, there are Ghanaians who still ask, at what price – a question their Nigerian neighbours might conveniently overlook.

As the news of Rawlings’ death was breaking, social media was drowning in emotional tributes and rejoinders by hurting family and friends of those Rawlings had either executed, jailed or exiled. The common theme was Rawlings refusal, to the very end, to tender public apology or give any indication of remorse for the killings.

Others went farther. They acknowledged that even though significant progress was made in the Rawlings years to rebuild hope and confidence, after 20 years in government, his legacy was also infected by the same demon of corruption for which he condemned and excoriated his predecessors.

Economic imperatives forced Rawlings to get in bed with the World Bank and IMF, the neocolonial titans he derided in his early days. He also privatised state-owned enterprises. One of the ugly fallouts of the privatisation was the credible allegation that his wife, Nana Konadu Agyemang, used a company in which she was chairman to buy a privatised food cannery with instalmental cheques.

The party that Rawlings founded, the National Democratic Congress (NDC), currently in opposition, has also not covered itself in glory, with the €5million Airbus bribe scandal under President John Mahama being one of the more famous shameful episodes.

“Others were shot for less,” Kofi Coomson, publisher of The Ghanaian Chronicle, told me, as he reeled off the former president’s complicated legacy.

That’s not what Rawlingsters in Nigeria want to hear.

Ishiekwene is the MD/Editor-In-Chief of The Interview

The killers pretended to be labourers, says 24-yr-old survivor of Borno massacre