The Uganda DanceSport Federation (UDSF) has confirmed the dates for the forthcoming seminars (awareness workshops) scheduled to take place in the Eastern region in parts of Jinja, Teso, and Mbale.

The workshops which aim at creating awareness for the newly born sport in the country, will have three associations affiliated to the federation, that is, Greater Mbale, Teso region and Jinja DanceSport.

According to the Federation general secretary, Sebuyungo Barnabas, the awareness Workshop in Teso and Greater Mbale will take place on Saturday 27th February followed by Jinja on Sunday.

Previously, the federation conducted successful workshops in Kawempe division, Entebbe sub region and the Greater Masaka in the districts of Wakiso.

In Uganda, the Dancesport federaton specifically targets breakdance and Hip Hop dance which are most common among the targeted audience (Youth). 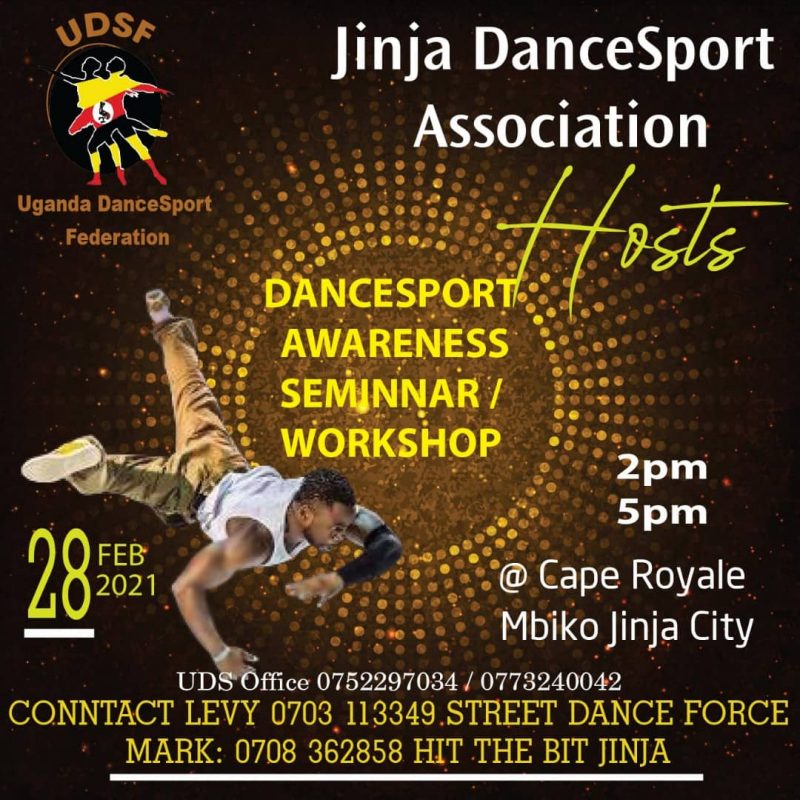 Earlier this week, the federation submitted the necessary paperwork to the National Council of Sports and the Uganda Olympic Committee for approval qualifying for Olympics and World Urban Games.