Apart from its beauty, the Source of the Nile, Mabira Forest and the recently constructed Nile Bridge, Jinja City is known for its water adventures ranging from kayaking, white water rafting, canoeing among others.

But there is one more that has taken Ugandans by storm and that is tubing.

Recently, social media has been awash with pictures and videos of young people doing tubing along the River Nile.

So I didn’t hesitate to try it out when a chance availed itself.

The adventure is operated by a company called Tubing the Nile run by ambitious young people as one of their products.

Adam Bafirawala, the founder of Tubing the Nile says the concept was derived from white water rafting although for this case, there are no rafts but a tube.

It is simply an act of sitting on round car tyre-like tubes put together in a specific number with a professional guide rowing a kayak on which the entire tubes are tied.

The tubes are then dragged on water to the direction the guide is rowing and sometimes he lets the water take the tubes downstream.

“We consider safety first and we have heavy duty life jackets for each person who sits on the tube and we have highly qualified guides who have a lot of expertise on water,” Bafirawala. 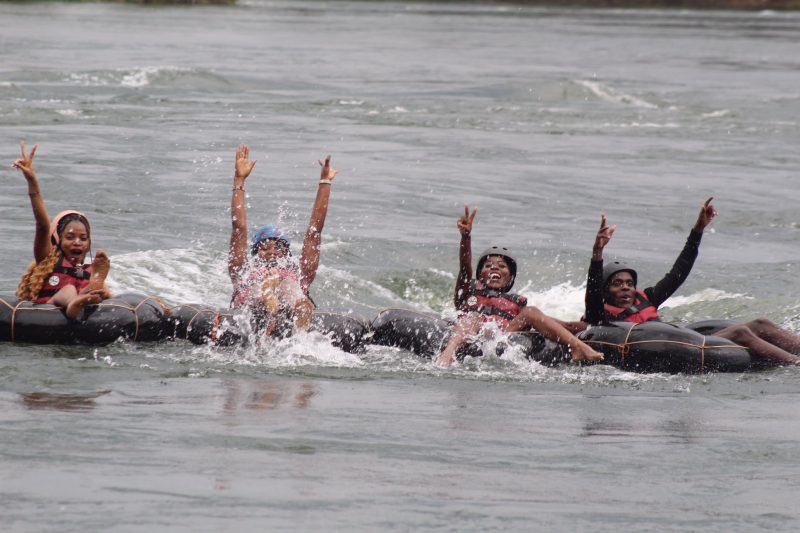 As Uganda slowly opens up for tourism, I together with a team of Journalists from Kampala decided to take on the tubing experience.

The journey from Kampala City to Jinja is a two hour drive on a good traffic day and from Jinja town, it’s about an 8 km drive along a murram road but generally motorable road to an area called Bujagaali.

During our earlier years, Bujagaali falls itself was famous before a new dam was built near it submerging the falls in the process. No one who visited this place in the early 2000s can easily forget oracle Jajja Bujagaali.

Our hosts had two tubing packages on offer, the first called Flat water tubing at a cost of 90,000 for Ugandans and of $25 for non-nationals and this was what we opted for.

The second package known as white water tubing goes for Shs 130,000 for locals and $45 for non- nationals.

This is longer and scarier for it goes through wild rapids that give you a bumpy sail.

On arrival, a team of professional guides captured our personal details before giving us a safety briefing and equipping us with knowledge on what to expect out there in the river.

We then took a walk through a campsite to the boat that would then take us to our starting point. This was just but the start of our adventure as the scenery we saw during the cruise along the banks was beautiful.

At the starting point, our guides then tied the tubes together in groups with each group tied to a boat in which a guide sat.

Clad in our swimming gear and life jackets, we were helped onto the tubes, a moment we were waiting for.

Sheer fright at the beginning for my team turned into screams of fun as we set off downstream.

We, and the group that trailed us hit the rapids and sailed the calm waters in tandem with screams around us.

For the safety of clients’ gadgets, a professional photographer tubes along with you to cater for your photography needs.

Your phone or personal camera is left safe at the banks. 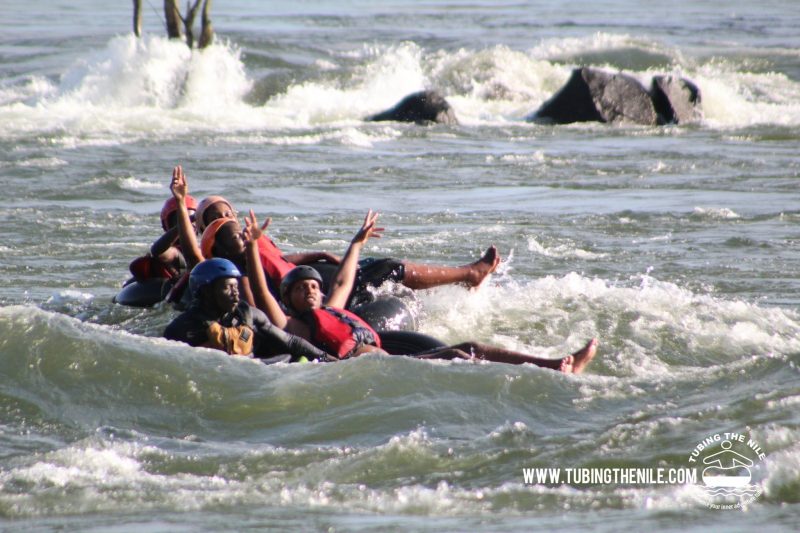 The journey takes about three hours of floating downstream meeting rapids and calm water in succession.

In the areas with rapids, one is gasping for breath and in screams while in areas of calm water, one is looking at different birds, small aquatic animals and vegetation along the banks or waiting on a second kingfisher bird to return and dive into the water and come out with a fish within a split second just next to your tube.

For an evening shift on the tube, the sunset with its beautiful reflections on the river will be a memory to stay with forever.

According to Bafirawala, other activities to do here include boat rides, kayaking, slide and quad biking.

The same tubing experience has also been introduced to Lake Bunyonyi, the country’s deepest lake although not yet officially.

“My target is to go everywhere there is a lake or river and it is safe to operate,” he says.