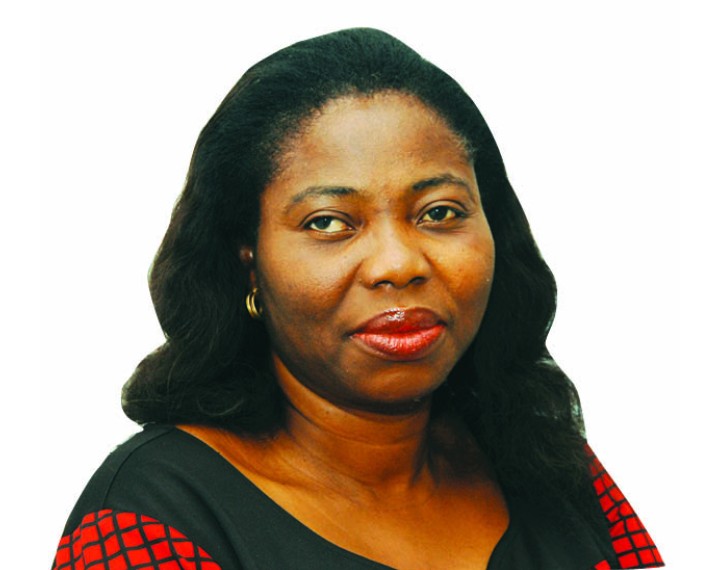 Four days ago, Manuel Merino, Peru’s Interim President, resigned a day after two people were killed during protests against his government. The two died as a result of a police crackdown on protesters.  Merino’s resignation came a few days after taking over from President Martín Vizcarra.

Unlike Nigeria’s #ENDSARS protesters that were just sitting down singing the national anthem and raising the country’s flags before the military pounced on them, the protesters in Peru reportedly threw fireworks and stones at the police before the police in return fired tear gas and shot gun pellets to repel them. This led to the death of two students, Jack Pintado, 22, and Inti Sotelo, 24.

Hours after the incident, Merino told the nation in a televised address: “I want to let the whole country know that I’m resigning.”  He would have retained the presidency until July 2021 when Vizcarra’s term was due to end.

Interestingly, Peru’s politicians spearheaded their President’s resignation. In fact, 12 ministers appointed by Merino were the first to resign in protest against police brutality and his handling of the crisis.

Interestingly, the reason for the youth protest in Peru was purely political. Yet, nobody hounded them.  The youth were demonstrating against the removal of Vizcarra, who was impeached over bribery allegations. They believe the Congress staged a parliamentary coup against the former President.

When I read reports like this, I ask myself if Nigerians are living on the same planet as others. A President resigning over the death of two protesters and 12 ministers quitting in protest over the manner a President that appointed them handled a protest? Is this real?  In my own dear country, the President is like a mini god. Ministers are too grateful to be called cabinet members that they will never dare see anything wrong in a President’s action. The generality of the people are randomly accused of working for the opposition anytime they criticise people in government.  If care is not taken, such critics could be arrested for treasonable felony. I guess leaders of Nigeria’s #ENDSARS protesters that have been linked to terrorists overnight will understand my point.

If Nigeria were to be Peru, I wonder how many people would have resigned their appointments by now. Definitely, Lagos State governor, Babajide Sanwo-Olu, who has been publicly tagged a liar by the nation’s military authorities on two occasions, shouldn’t be anywhere near the state house again. The police IG who supervised the disbanded Special Anti-Robbery Squad that killed and maimed Nigerians would have long left office. Likewise, the Chief of Army Staff, whose men killed innocent protesters, should have resigned in shame.  Above all, President Muhammadu Buhari, who is the commander in chief of the armed forces, ought to have resigned honourably.

Unfortunately, that is not going to happen. Nigeria is still far from civilisation. In fact, if we want to be true to ourselves, Africa’s giant seems to belong to the stone- age!   We did not only beg our President to speak on the #ENDSARS protests, by the time he did, he didn’t say a word about the people killed. Not even a word of condolence to their families. To worsen the situation, innocent protesters are being hounded, detained and their accounts frozen.  A country that has failed to trace funders of Boko Haram insurgency that has wreaked havoc on the nation for years with billions of Naira wasted in fighting them without success; is busy linking peaceful and innocent protesters to terrorists. That is Nigerian leaders for you! They chase the shadows at the expense of the substance.

And this brings me to the issue of charade called negotiation as well as the shenanigans of our leaders in the ongoing faceoff between the Federal Government and members of the Academic Staff Union of Universities (ASUU). Those who thought the government was serious about resolving the crisis should know by now that everybody was probably just dancing in a circle. Or how do you explain the statement credited to the Labour and Employment Minister Chris Ngige on the most contentious issue that has kept the lecturers off classes for months – the Integrated Payroll and Personnel   Information System (IPPIS).  Never mind ASUU when it says the strike is not about IPPIS alone, I am 100 per cent sure that the union will call off its strike once the government rescinds the decision to pay lecturers via the controversial payroll platform.

Chris Ngige said on Tuesday that the integrity test being conducted on the software of the University Transparency and Accountability Solution (UTAS) being proposed by ASUU as replacement for IPPIS would take between six and eight weeks to be completed.  That shouldn’t be a problem I guess.  However, the caveat is that while ASUU has software, it does not have hardware to back up its software. This implies that even if the software passes the integrity test being conducted by the Nigeria Information Technology Development Agency (NITDA), there would still be a problem as university teachers do not have the needed fund to procure the necessary hardware for its implementation.

The minister said that since the Federal Government did not make provision for the procurement of the UTAS hardware in the budget, it cannot provide funds to finance it. The minister sounded as if this government has never spent on anything outside budgetary allocation. The question then is: when the government knew nothing would come out of the UTAS, why raise hope on it? Why did the government give Nigerians the impression that something tangible could come out of the integrity test?  According to the minister, the Federal Government only sent the UTAS software to NITDA for integrity test because it did not want to discourage anybody or group from providing home-grown solutions to issues.

“As we speak, ASUU has no hardware and UTAS does not have hardware backing. I am waiting for the NITDA’s full report but the preliminary report they gave me, the software integrity test will take them about six to eight weeks and thereafter, we go to the hardware.

“But the big issue is: who will provide the hardware? ASUU does not have the finances to do so. Has the government budgeted for it now as we speak? So, that one is a major problem. But we don’t have to dissuade anybody, we don’t have to tell anybody not to carry on, we like local content development, we need our things to be home grown. So, we are really encouraging them.”

In other words, all the talks about UTAS in the past have been mere jokes! Imagine this level of insensitivity from leaders of a country rated poorly relative to others on global education indicators.  In the World Economic Forum’s “Global Competitiveness Report 2016-17” Nigeria ranked 124th out of 138 countries for the quality of its education.  As of today, the population of Nigerian youths in universities is nothing to write home about.  Statistics from the National Universities Commission suggests 1.9 million students were studying in Nigerian Universities as of 2018. I doubt if anything much has changed since then. After all, some students have remained in final year since 2018.  One would have expected a serious-minded country to be thinking of how to expand access to university education and not shrinking it. This is a country with a youth population said to be in the region of 115 million, most of them living below poverty level.  But clearly our leaders prefer prolonged strikes in our tertiary institutions.

According to a report, ASUU has gone on strike 15 times between 1999 and 2020 spanning 50 months. In other words, ASUU has gone on strike for a full four years and two months in less than 21 years and still counting. Who does this and makes progress? Lecturers are always fighting for one thing or the other. In fairness to the union, some of its strikes have yielded some tangible results like the establishment of TetFund for example. But generally speaking, the situation in our universities is still largely deplorable. Shouldn’t it be an aberration for a government to always wait for lecturers to go on strike before injecting funds into its educational system? Unfortunately, the only language our government understands is the language of strike!

Our government’s lack of seriousness has made Nigeria a recruiting ground for universities abroad. During the 2015/16 academic year there were 71,351 Nigerian students registered at foreign universities, the highest number of any African country and up by 164% from 26,997 in 2005/06, according to UNESCO’s Institute of Statistics. Nearly 18,000 Nigerians studied in the UK in 2015/16. As at 2016, Nigerians spent about $2bn annually on overseas education.

Where is this money coming from? Apart from very few rich individuals who can actually fund their children’s education overseas, most of the fund is from thieving government functionaries – politicians, civil servants, etc. We deliberately destroy our educational system, enrich other countries and at the same time complain of poverty? We are making university education  the preserve of the rich forgetting that many people in leadership positions today wouldn’t have been there had  our past heroes blocked their  access to higher education.

Sincerely, it beats my imagination that a country can be this lackadaisical about its education sector. Nigeria killed its public primary and secondary schools. It has been killing its tertiary institutions systematically. And now it seems the ongoing ASUU strike will sound the death knell for our public universities. What a pity!