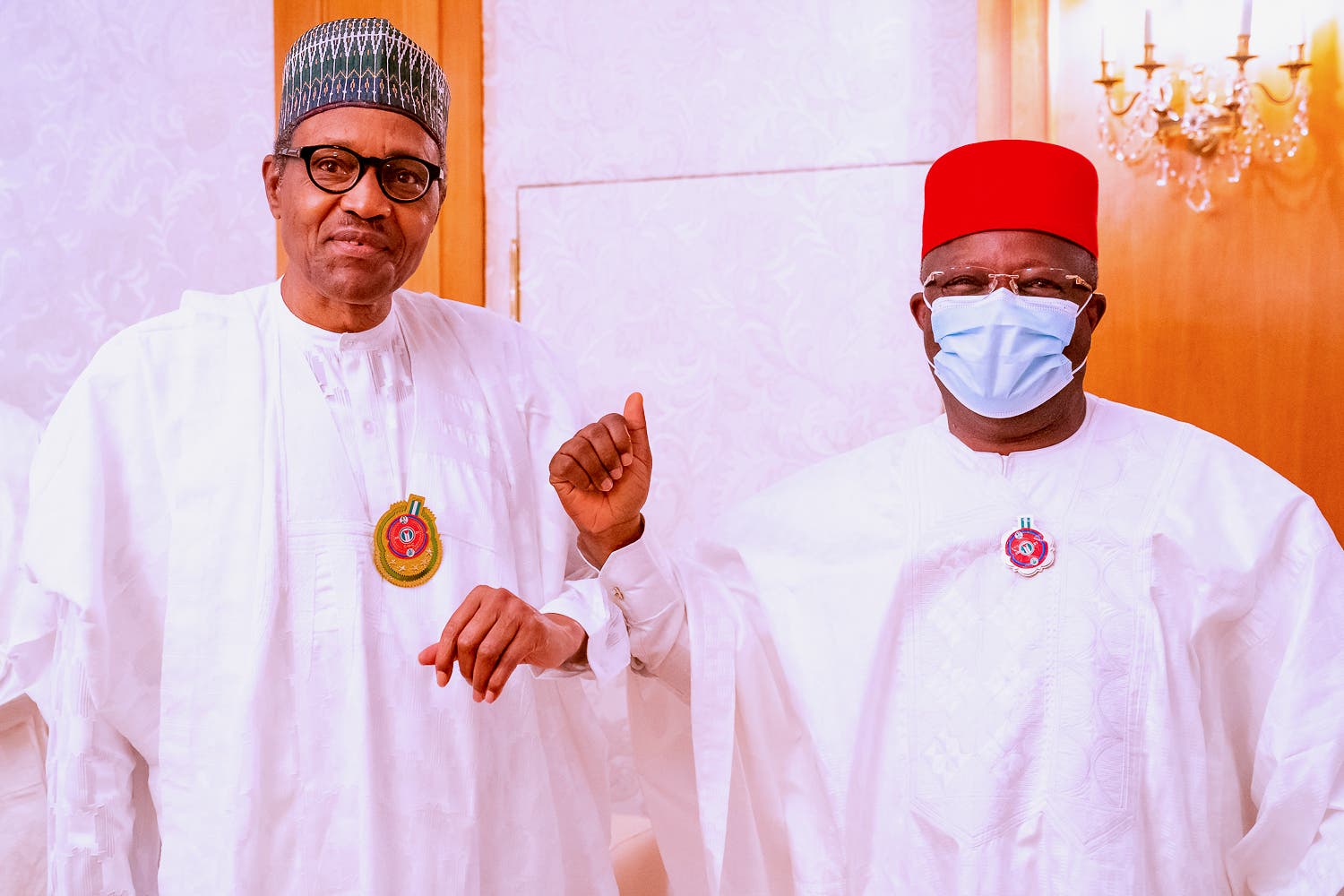 Two days after Governor Dave Umahi formally joined the ruling All Progressives Congress, APC the shape of the emerging effect on the polity within Ebonyi and the Southeast is beginning to emerge.

Saturday Vanguard reports that discord among party stakeholders over Umahi may have led to the absence of recognized national leaders of the party from the Southeast at his formal defection on Thursday.

With the notable exception of Senator Ken Nnamani, who is a member of the Governor Mala Buni led caretaker committee, all other Southeast leaders including the Senator Hope Uzodinma, hitherto the only APC governor from the Southeast were completely absent.

READ ALSONNPC promises to declare dividends in spite of COVID-19

Saturday Vanguard gathered that the absence of the Southeast APC leaders flowed from what was alleged as the mutterings that flowed from the deals the governor may have reached with the national leadership for his defection.

“You can see it that apart from Ken (Nnamani) who had to be there because of his membership of the caretaker committee that all other Southeast leaders were not there. Not even Onu who is from his village was there,” a prominent political player from the state who defected to the APC before Umahi said.

“You can see that he was welcomed by Northerners into his new party and certainly his brothers from the Southeast who should have been there were all absent,” the source said.

A number of the Southeast APC leaders are also said to be anxious about Umahi’s eyes on the 2023 ticket. Okorocha had earlier in the week said that the Ebonyi State governor would not be a threat to him if he declares.

A prominent political stakeholder from Ebonyi State who started making his way back to the PDP once Umahi started romancing the APC told Saturday Vanguard that many of those who were forced out of the PDP by Umahi are on their way back to the PDP that is now in opposition in the state.

Among those being mentioned is the immediate past governor of the State, Chief Martins Elechi who defected to the APC after Umahi, who served as deputy governor under him came to power.

Elechi who is mourning the death of his son has, however, been very low in the face of the political turmoil in the state.

As a way of giving fervour to the defection, chairmen of local government councils were yesterday making their own defections from the PDP to the APC.

However, the shocking absence of the Speaker of the State House of Assembly, Rt. Hon. Francis Nwifuru who was expected to lead the massive revolt of the House of Assembly members against the Peoples Democratic Party, PDP was yesterday beginning to reverberate in the political landscape in the state.

One source said that those house members who had earlier pledged were now beginning to have second thoughts.

Before the governor’s defection it was learnt that only 10 members of the PDP dominated House of Assembly had refused to defect.

However, the governor’s camp was said to have been shocked with the absence of most of the members including the Speaker last Thursday. Saturday Vanguard gathered that a number of the members with the backlash have now relocated to outside the state to allow a cooling down of the tension.

Besides, all members of the PDP delegation to the National Assembly turned down the governor’s entreaties to defect.

Saturday Vanguard gathered that before he announced his defection, that the governor met with the National Assembly members from the state in the residence of Senator Sam Egwu where he told them of his intention and sought their support.

Rep. Igariwey Enwo, a member of the House of Representatives from the state who was present at the meeting while confirming the governor’s entreaty said:

“he told us that he wanted to go and we tried persuading him but we saw that he had long gone. I particularly told him that if they had promised you the presidential ticket or the vice-presidential ticket that I support you to go APC,” but the lawmaker said he drew a blank.

Enwo said that a member of the House of Representatives who made an attempt to consult his constituents and stakeholders on the issue of defecting was forced to do an about turn when he met with rebukes from the stakeholders in his constituency.