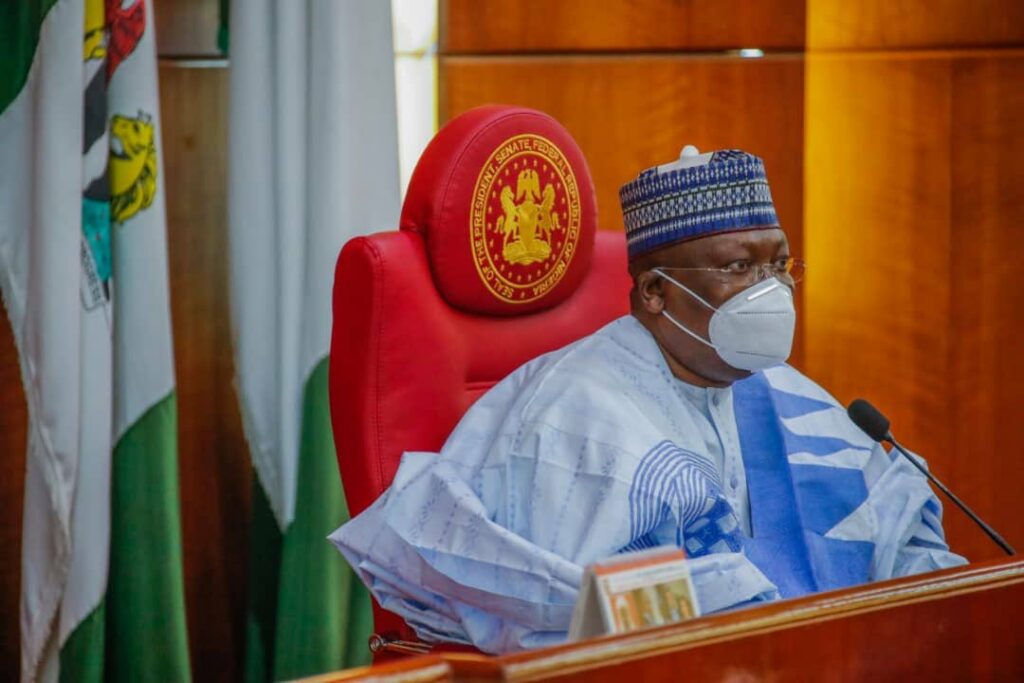 President of the Senate Ahmad Lawan has decried recent attacks on Police formations and Correctional facilities in Imo.

A statement by Mr Ola Awoniyi, the senate presidents Special Assistant on Media, said Lawan described those responsible for the attacks as enemies of the people and country.

Lawan stated this in Owerri on Friday while inaugurating a road project completed by Gov. Hope Uzodinma of Imo.

He said that the aim of the attackers was probably to cause a distraction for the Imo government or even the Federal Government.

The road which was named after a former Senate President, Late Chief Evan Enwerem, was one of the infrastructural projects inaugurated to mark Uzodinma’s one year in office.

Lawan advised the people to take ownership of the projects, utilise them well and protect them as their projects.

“We have been experiencing insecurity recently especially in Imo – the jail break, burning of Police Headquarters and so on.

“These may be attempts by enemies of the people to distract this administration or indeed the Government of the Federal Republic of Nigeria.

“Our security agencies need more resources to ensure that we are all protected and life is secured as well as our property.

“We will continue to support our security agencies in partnership with the executive arm of government,” Lawan said.

Stage 6 loadshedding is over – for now