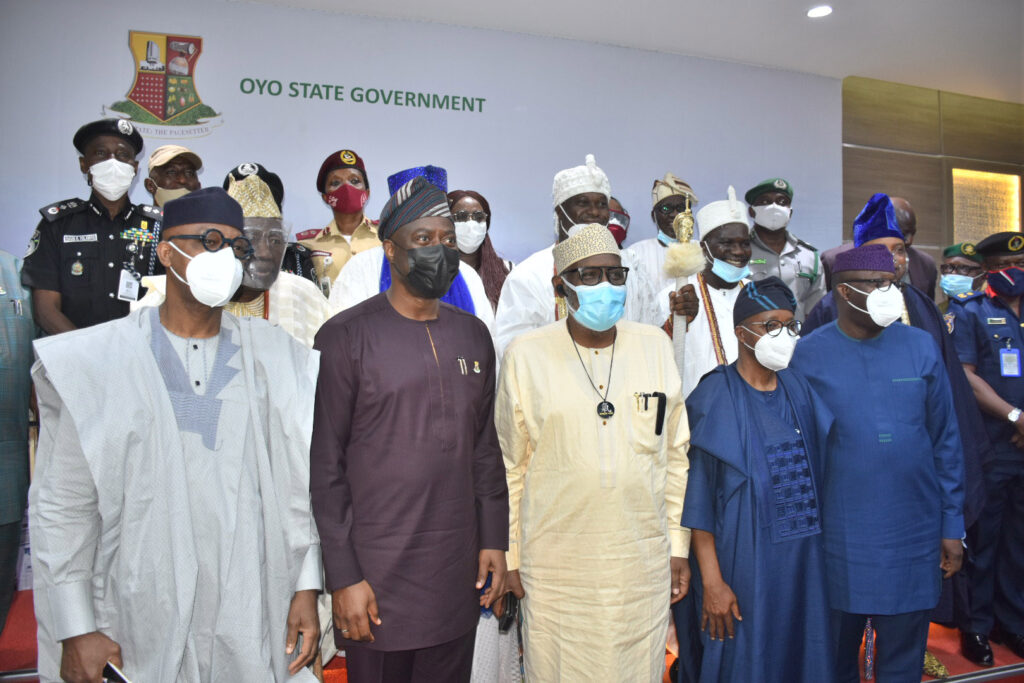 The Northern Elders Forum, NEF, has urged governors across the nation to explore avenues that give them more constitutional powers to secure citizens.

The Northern elders said any state governor who, in a bid to secure the people, took steps that bore dubious legal foundations, was merely compounding the insecurity in the land.

NEF, which is an elite association of elder statesmen in the North, stated this while reacting to the kidnapping of more than 300 female students in a public boarding school in Zamfara State.

The forum’s Director, Publicity and Advocacy, Dr Hakeem Baba-Ahmed, spoke in a statement available to journalists in Abuja on Saturday.

He said any governor keen on securing his people should also explore issues that aid the spread of banditry at local and community levels and resolve them.

NEF said, “Northern Elders Forum shares the profound shock and outrage of Nigerians at the spate of kidnappings of boarding school children in different parts of the North.

“The latest reported kidnapping of more than hundreds of female students in Zamfara State follows the abduction of students of GSC, Kagara, Niger State.

“Apart from the likelihood of similar abductions re-occurring as bandits engage in copy cat crimes in a region that is basically unprotected, these abductions will severely damage the poor state of education in the North, particularly girl-child education.

“It has become painfully obvious that the Federal Government is unable to muster the will or the capacity to limit exposure of Nigerians to violent criminals. Governors have been left to quarrel over causes and strategies.

“Many are taking steps that have dubious legal foundations, most of which merely compounds the State of Security of the citizen in the country.

“In spite of assurances from the Federal Government that it will end banditry and kidnappings, the life of the Nigerian is becoming more endangered by the day, and citizens have lost faith that Governments will reverse the successes of the criminal against defenceless citizens.

“The Forum advises particularly Northern Governors to explore all lawful avenues to improve the security of citizens.

“While they should improve their support to the Military, the Police and Security Agencies, they should also explore avenues which give them more powers to secure citizens, especially sections of the constitution, which gives states powers to establish policing structures, including those with a specialization such as forest rangers should now be pursued as a matter of national priority.

“Governors should explore issues which aid the spread of banditry at local and community levels and resolve them.”

The Northern elders urged the governors to also intensify multi-pronged approaches to ending banditry and kidnappings, including measures that prevent the continuation of these criminal activities by those who show a genuine willingness to stop.

“Bandits who refuse to submit to mediation and cessation of criminal activities should be treated in accordance with the laws of the country,” they added.

In the same vein, NEF advised Nigerians to organize and raise their levels of vigilance.

“They should resist the temptation to take laws into their hands, and improve the manner they work with Security Agencies.

“Parents should not be discouraged from sending children to school, and all governments must take firmer measures to secure learning institutions,” the Forum said.