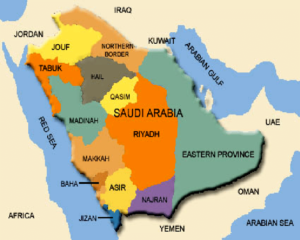 Saudi Arabian authorities said Saturday that they executed three soldiers after they were convicted on charges of high treason.

The Defence Ministry named the three in a statement and said they were found guilty of collaborating with an unspecified enemy of the monarchy and harming its military interests, state news agency SPA reported.

ALSO READ: The era of rule by force of arms is over

The convicts were executed Saturday in Saudi Arabia’s military command of the southern region near the border with Yemen after their convictions had been approved by the king, according to the the ministry.

Saudi Arabia is leading a military campaign in Yemen against Iran-aligned Houthi rebels, who have stepped up their attacks against the neighbouring oil-wealthy kingdom in recent months.