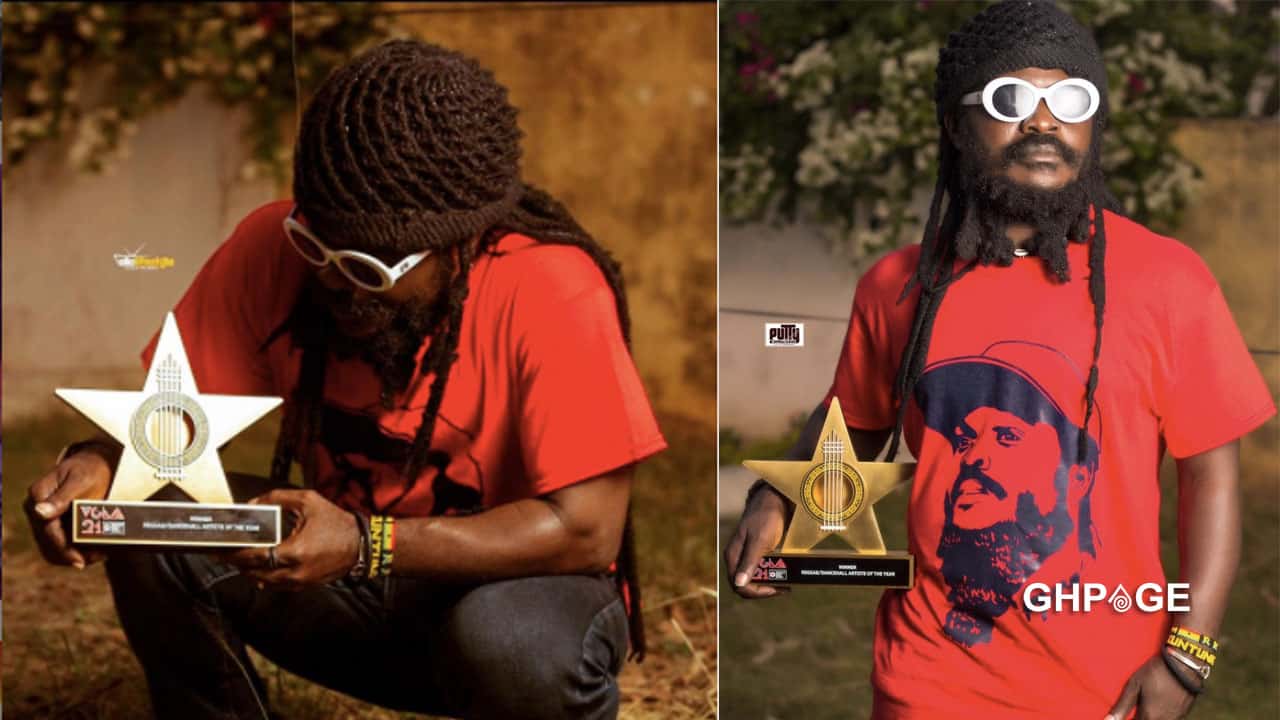 Reggae and Dancehall artiste Ras Kuuku has stated emphatically that he would be coming home again as the Artiste of the Year in the upcoming 2022 Vodafone Ghana Music Awards (VGMAs).

The ‘Puom’ musician last year went home with the plaque due to the exclusion of Stonebwoy and Shatta Wale from the awards last year.

Ras Kuuku who didn’t allow Ghanaians to rest carried his award around town and at a point even got it stolen at a ghetto later to be returned by an okada rider.

According to some people, Ras Kuuku should be thanking his stars because he wouldn’t have won the award if Stonebwoy and Shatta Wale were nominated.

The nominations for this year’s event has been announced and Ras Kuuku is again on the list of nominees for the same category.

Ras Kuuku battles with the likes of Epixode, Samini, Kaphun and Larruso but he is of the strong conviction that he would emerge as the winner again this year.

Granting an interview on 3FM, he mentioned that his song “Gye Diee” is a very good song and place him on top of all the other acts in the category.

“I pray I win because this is about voting and it is about the work too. Ras Kuuku is Winning it because good music is good music … it’s also about Votes and we are voting” he said.

He announced that he and his team are going to spend a hundred thousand Ghana cedis on voting just to win the award once again.

“We are voting Hundred thousand Ghana Cedis, tell the KPMG people that they should set their machine, the votes that will be coming from Ras Kuuku might crash their machine”, he concluded.

Ghana: Roads Are Too Important to Socio-Economic Lives to Be Ignored