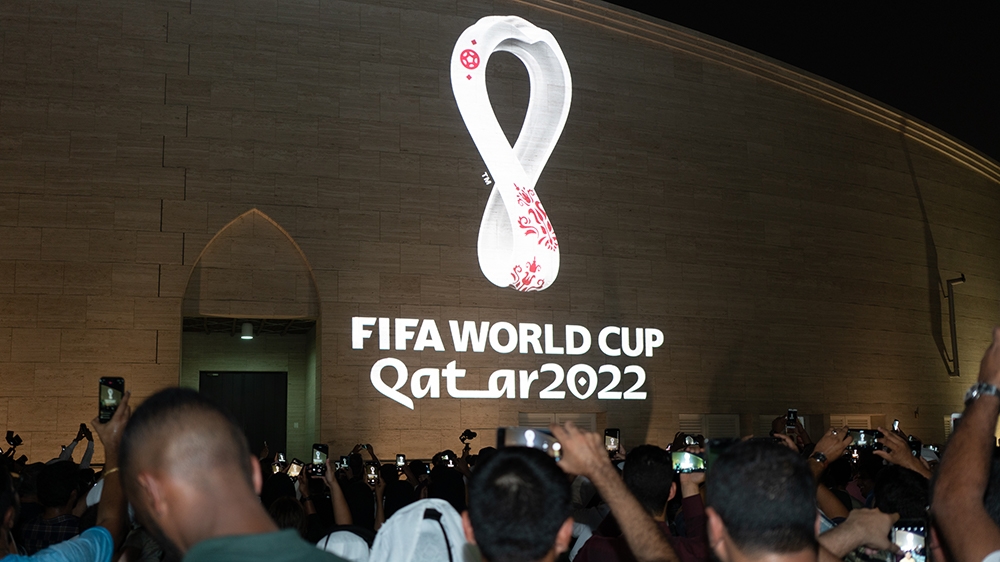 Qatar has marketed its opulent skyscraper hotels as jewels in its World Cup 2022 crown but coronavirus curbs and a glut in new properties are jeopardising the industry.

One former Qatar-based hotelier told AFP that preparations had been made “difficult” and staffing was not at levels to ensure properties are ready in time.

One Doha hotel manager said lockdown had forced him to wait three to five months to bring staff from abroad, complicating training plans.

As in much of the Gulf, migrant labour is vital to the gas-rich emirate where expat workers outnumber the 333,000 Qataris nearly nine to one.

Without a large middle class to sustain domestic tourism, Qatar had hoped to expand its hospitality sector ahead of 2022 by encouraging mini-breaks for passengers connecting through Doha on Qatar Airways.

That promotion is currently frozen.

Qatar expects as many as 1.5 million people to descend on the tiny Gulf nation for the World Cup, and in the months before and after the big event.

But the increasing supply of hotel rooms needed for the tournament could hurt operators in the two years before kick-off.

The hotel market is “generally over-supplied”, said Pawel Banach of property valuation experts ValuStrat which has warned that not all of Qatar’s hotels will survive the coronavirus downturn.

Smaller properties have suffered the most during Qatar’s strict lockdown, the Doha manager said, with non-residents mostly unable to visit the country since March.

“Some hotels lost 30 to 50 per cent of their expat staff,” he added. “The country has been affected for sure.”

Even Doha’s best-known properties are now rarely full, with many depending on their restaurants and bars to stay afloat as demand for stays has collapsed.

– ‘Difficult market’ –
The situation shows no sign of picking up soon.

Strict curbs on entry have been extended to January, meaning hotels look unlikely to exceed the 50 percent occupancy rates for 2020 forecast by property services firm Cushman and Wakefield.

That’s down more than 10 percentage points on 2019, squeezing the bottom line at many properties.

Qatar still aims to expand its hotel room capacity from 28,000 to around 45,000 by 2022, according to Banach, making it harder for existing hotels to stay profitable as new properties open.

“It could be a huge oversupply for sure which will be difficult to sustain,” he said. “It is a difficult market obviously.”

Amid the challenges, some developers have ditched plans for high-end hotels, opening instead as serviced hotel-style apartments popular with expatriate professionals.

Qatar’s hotel industry has been taking knocks ever since 2016 when the oil price crashed, depressing business in the Gulf.

That was followed by the 2017 Gulf crisis which saw Saudi Arabia, the United Arab Emirates and other countries abruptly cut ties with Doha.

The cut has caused travel from its two neighbours — once key sources of revenue for Qatar — to dry up overnight.

In what has turned into a stalemate, the neighbouring states accuse Qatar of being too close to Iran and radical Islamists, charges Doha denies.

– Five-star glut? –
Qatar had pledged to have as many as 84,000 hotel rooms before the blockade.

Accommodation on cruise liners, hotel apartments and stays in private homes will pick up the slack, likely playing a bigger role than at any previous World Cups.

Officials say 16 floating hotels will also be built, providing around 1,600 rooms in total.

The head of Qatar’s organising committee had promised an “affordable” tournament to cope with post-pandemic economic blues.

But currently, just 10 per cent of Qatar’s hotel tooms are three-star, with 56 per cent rated five-star.

Banach, the property expert, warned there could be a shortage of more modest, cheaper options come 2022.

As for World Cup visitor numbers, “it’s impossible to predict” before the pandemic has ended, said the Doha-based hotelier.