Amuriat who yesterday also saw his Kitgum campaign meeting disbanded was expected today Tuesday November 18, 2020, to hold a campaign meeting at Were playground according to the harmonized Electoral Commission (EC) programme.

However, upon stepping foot in Gulu, he was ordered by Police’s Operations Commander a one John Paul Nyakol to disperse but a defiant Amuriat pressed security to explain circumstances that led to their sudden change of mind.

A visibly angered Amuriat then stormed the playground accompanied by supporters which prompted Police to fire tear gas. 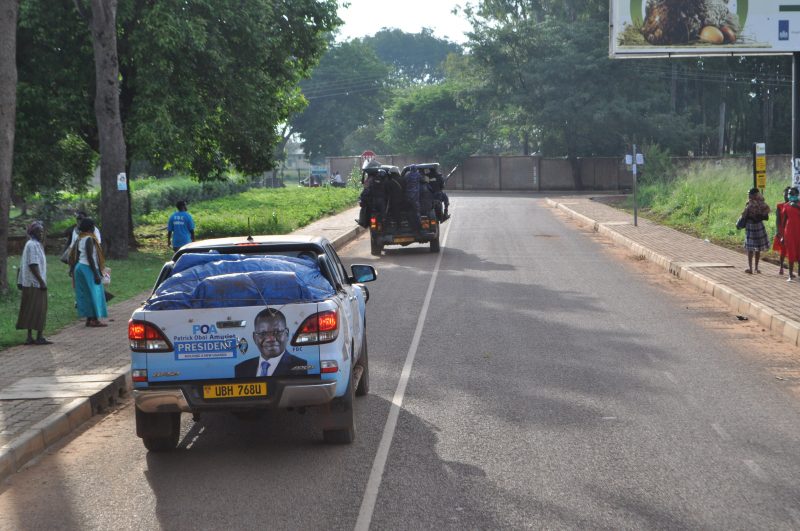 A stalemate then ensued with Amuriat insisting on accessing his vehicle which had been blockaded by security in fear that a goose chase similar to yesterday’s might occur.

Thereafter, he was grabbed and dragged to a waiting Police van which whisked him to Gulu Main Police Station.

By the time of filing this story he was still in detention.

Yesterday, Amuriat was stopped from holding a campaign meeting in Kitgum on grounds that his supporters would clash with those of President Yoweri Museveni who was in town.