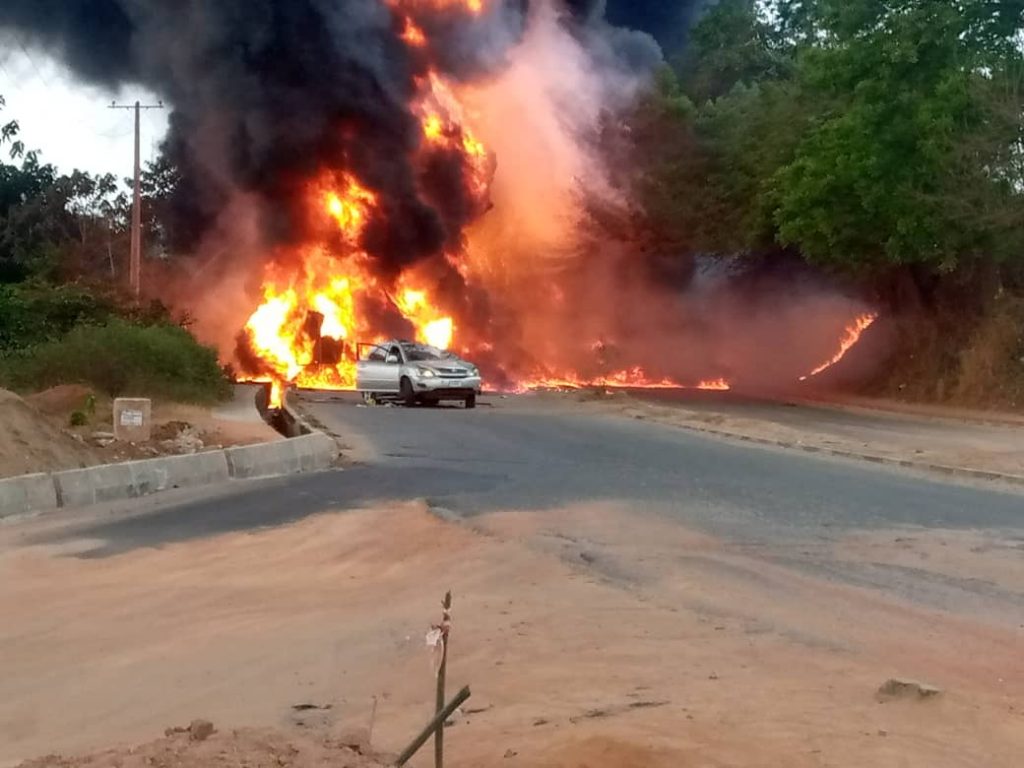 One of the victims of the recent tanker explosion that occured at Abeokuta, Ogun State died on Thursday, two days after the incident.

The deceased, a 42-year-old man, died at the Federal Medical Centre, Idi-Aba, Abeokuta shortly before he was about to undergo surgery, The PUNCH reported.

The deceased, whose name was not disclosed, was among the six victims who were evacuated on Tuesday from the scene of the tanker explosion that occurred on the presidential Boulevard, Kuto, Abeokuta.

Three persons lost their lives immediately in the explosion while six others, including the latest victim to lose his life, were taken to the state hospital and the Federal Medical Centre.

The Head of Public Relations at the FMC, Abeokuta, Segun Orisajo, disclosed this in a statement on Thursday.

‌He said, “On admission, he along with the two other patients were put on intravenous fluid resuscitation in accordance with the established protocols for the management of burns.

“Following the observed difficulty in passing urine, he was scheduled to be put on dialysis but he died in the early hours of this morning before he could go on dialysis.

“The FMC Medical Director, Prof Adewale Musa-Olomu, lamented the loss of the patient and sympathised with his family over the unfortunate development.

“He described as very critical the 96% flame injury presented by the deceased.

“Musa-Olomu, while checking on the two other patients, said they were in stable condition and responding to treatment.”