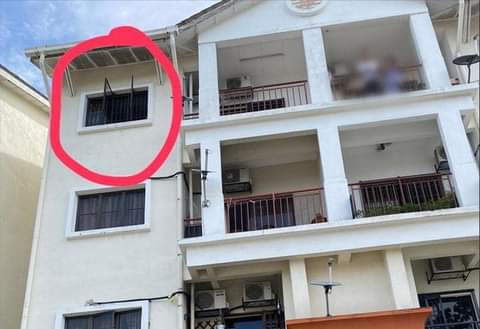 The Kuala Lumpur Police in Malaysia has said that a Nigerian man alleged to have flung his four-year-old step-grandson from a fourth-floor apartment unit in Malaysia resulting in his death, is allegedly suffering from mental issues.

The Kuala Lumpur Police Chief, Datuk Kamaruddin, stated this, adding that the tests conducted on the suspect’s urine found him to be on medication.

He noted that the suspect had been remanded for seven days.

“A urine test was conducted, and we found that he is on medication. It is also understood that he has some mental health issues. No record of treatment has been found yet, but his friends and family have said this,” the Police Chief Said.

The 42-year old Nigerian, whose name was not disclosed yet, had been arrested on Sunday for tossing his step-grandson out of a window from the fourth floor of an apartment in Danau Kota, Setapak.

The Kuala Lumpur Criminal Investigation Department had said preliminary investigations showed the man tried to rape his 24-year-old stepdaughter, who was the victim’s mother.

The suspect also allegedly hit and stomped on his wife and four stepchildren before lifting his grand-stepson and throwing him out of the window of the main room.

The police said the suspect’s 49-year-old wife then shouted for help and rushed to get help from the neighbours and security guards to save herself and her other children.

“The suspect tried to escape by jumping out through the window and was injured. He was detained by the public and security guards at the apartment,” the police had said.

Nik Ros Azhan said the suspect sustained injuries on his hands and some parts of the body and was taken to Kuala Lumpur Hospital for further treatment.