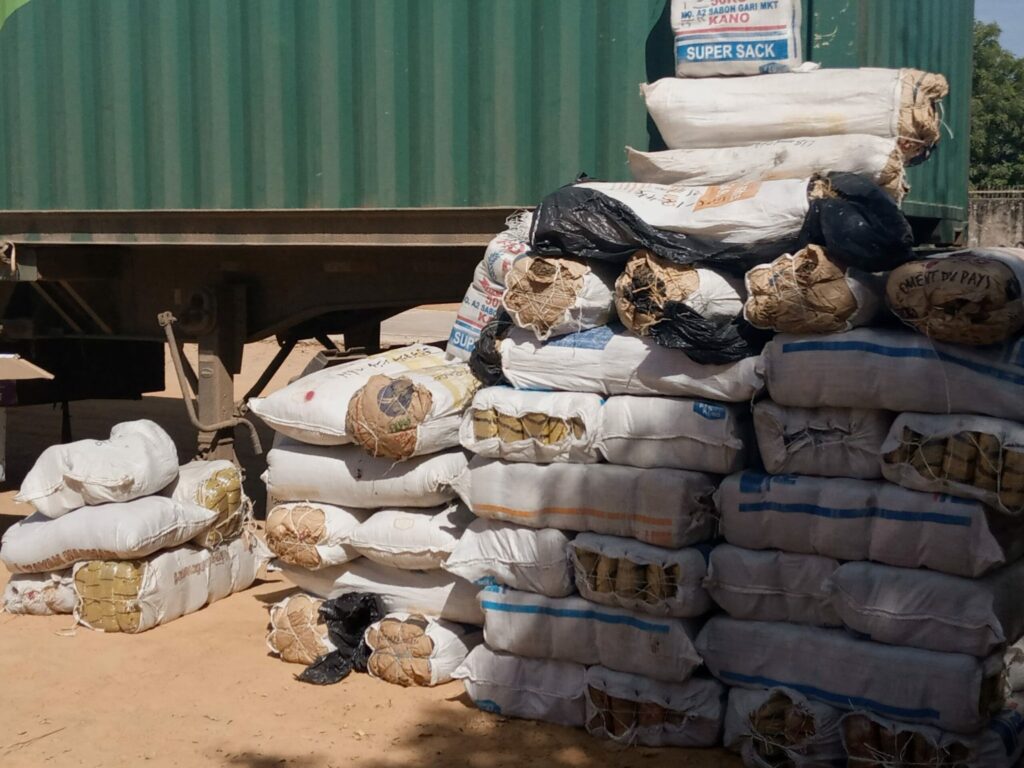 Dr. Ibrahim Abdul, the NDLEA Commander in the state who disclosed this to newsmen on Thursday in Kano, gave the ex-convict’s name as Madam Caroline.

According to Abdul, the woman was arrested along Zaria-Kano road while conveying the weeds from Lagos in a container truck.

“This woman, a notorious drug dealer was convicted twice, and now she is going to be a third offender by the grace of God, and has finally met her waterloo.

“We also arrested one Bako, with 201 kilogrammes of canabis savita, also along Zaria-Kano road while heading to Kano city in a Honda Accord car.

“Also, a gateman in Bichi Local Government Area was arrested with 87 kilogrammes of the same substance.

“What we normally do is to follow the suspects from far away until when they have entered our territory before we arrest them,” he said.

Abdul explained that in October, the command intercepted 1,340.6 kilogrammes of exhibits.

He said that further investigation was ongoing for the possible prosecution of the suspects.

The commander said that most of the seizures were recorded during a special operation by the command’s Joint Task Force.

“In the month of October, we secured the conviction of 15 drug traffickers and six regular clients were admitted.

“Also, four clients were counselled and rehabilitated, while 126 drug users were referred for brief intervention (counseling).

While answering questions, the suspect admitted that she had been convicted twice in the past.

ICPC Uncovers $919,000 Kept In Secret Account By Government Officials Since 2014

Ten Years After: It Is All About Panels Of Inquiry And No Accountability By Sule Jackson

ICPC Uncovers $919,000 Kept In Secret Account By Government Officials Since 2014

Ten Years After: It Is All About Panels Of Inquiry And No Accountability By Sule Jackson

I Almost Cried When I Changed Naira To Dollars Today – Davido