The purpose of the tour is to enable the NDC running mate to engage with a wide range of residents of the region namely Chiefs and other traditional authorities, women, youth and professional groups, traders, market women and other stakeholders of the various communities.

Professor Opoku-Agyemang is expected to share with residents, the proposals in support of development for the region and the nation, as highlighted in the NDC’s People’s Manifesto.

This was contained in a press statement  issued by her office today. 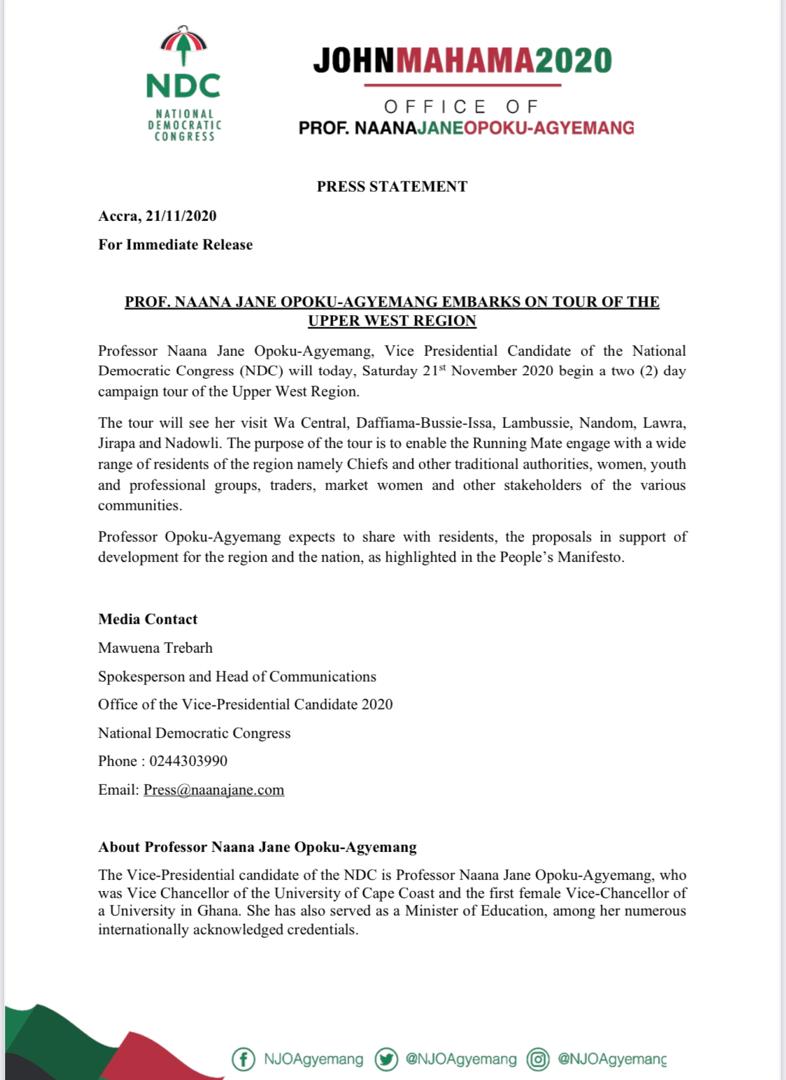 Meanwhile, her presidential candidate John Dramani Mahama has resumed his campaign tour of the Ashanti Region.

In a statement signed by Kwame Zu, the Ashanti Regional Secretary of the NDC, the party noted that Mahama will meet with traditional and religious leaders, party members and other identifiable groups in the region during the tour.