Running mate of the opposition National Democratic Congress (NDC), Prof. Naana Jane Opoku-Agyemang has paid a visit to the Odawna market in Accra after it was razed down by fire on Wednesday, November 18, 2020. 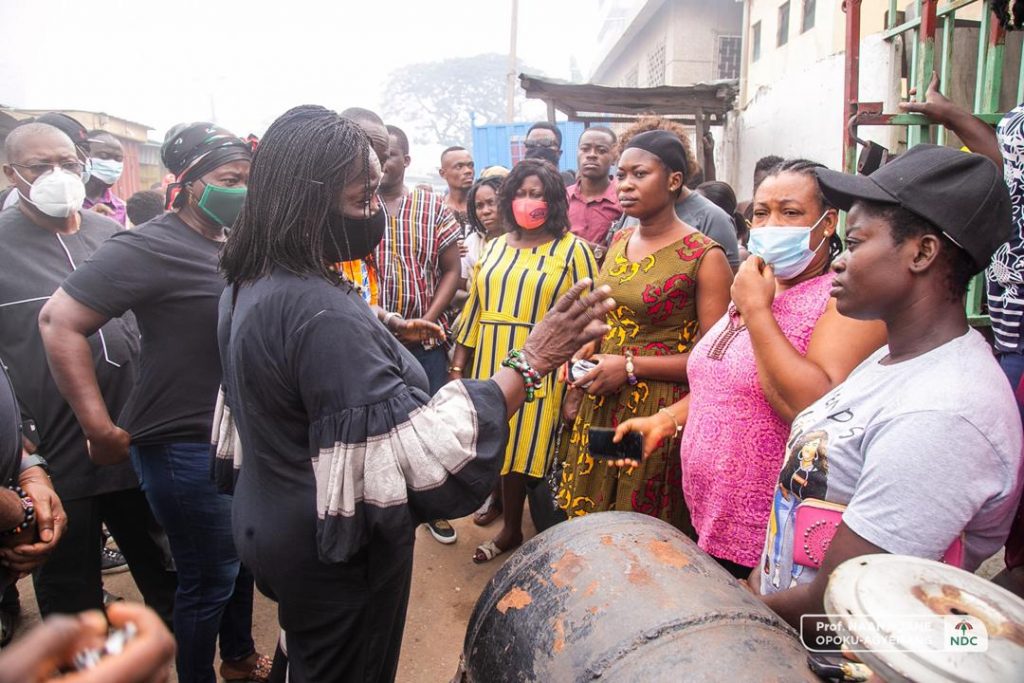 The visit according to her was to show ’empathy and solidarity’ to the traders who are counting their losses over the fire outbreak.

She was however optimistic efforts will be made to indemnify the affected traders.

“I was at the Odawna market this morning to express my empathy and solidarity with our hardworking entrepreneurs and traders whose wares and stalls were lost to ravaging fire at dawn listening to their harrowing stories. I also saw at first-hand the full extent of damage. But in all, we are grateful to God that no lives were lost. I hope we shall all be there for our compatriots to assist with the restoration and rehabilitation process”, Prof. Opoku-Agyemang stated. 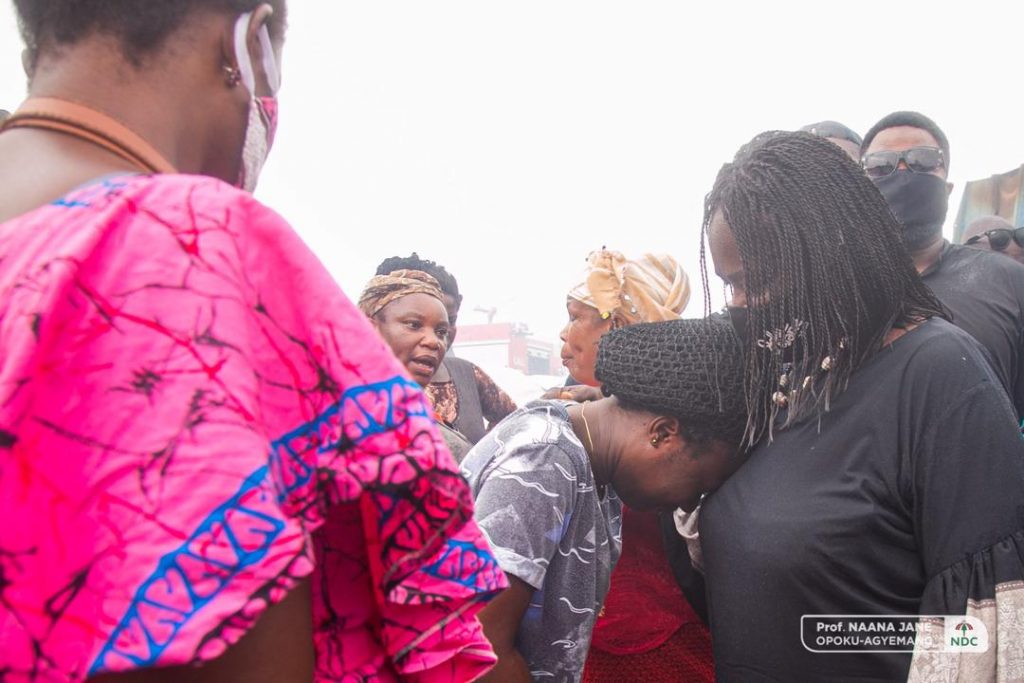 Fire gutted the Odawna market around the Kwame Nkrumah Interchange on November 18, 2020 at about 1 am.

Personnel from the Fire Service were brought in to bring the fire under control.

An eyewitness John Ofori told Citi News that “We saw the smoke from afar, so we thought it was the [GCB] bank but it was instead coming from the market. It took the Fire Service about two hours to douse the fire.”

Fire outbreat the the Odawna market.
Eyewitnesses say the fire started around 1am #CitiNewsroom pic.twitter.com/9beHiCNTfY

There have been several fire incidents in this same market in the past.