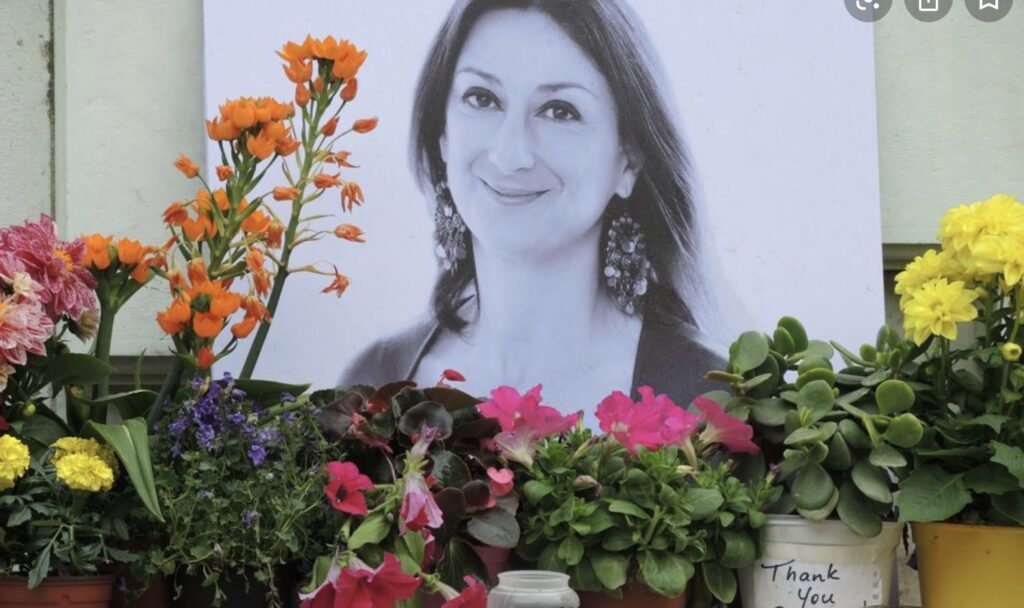 Vince Muscat, one of three men accused of murdering Maltese investigative journalist Daphne Caruana Galizia in 2017, was sentenced to 15 years in prison on Tuesday after changing his plea to guilty.

The judge accepted the plea bargain presented by Muscat’s lawyers and prosecutors after he had told the Valletta courtroom that he was admitting to all charges, in a shock development that could prove crucial in the high-profile murder case.

Muscat is one of three men accused of planting and detonating the bomb that killed Caruana Galizia in her car in October 2017.

A fourth man, business tycoon Yorgen Fenech, stands accused of having paid the three men to carry out the assassination. He denies the charges.

In a statement read out in court, Caruana Galizia’s family said that they hoped the plea bargain deal “will start leading to full justice for Daphne Caruana Galizia.”

Last month, Caruana Galizia’s son Matthew told the court he and his mother had spent much of 2017 investigating corruption related to a power station built by Electrogas, a consortium which Fenech is a shareholder in.

As Muscat registered his admission, police officers raided an undisclosed location and arrested three men believed to have supplied the bomb used to kill Caruana Galizia, Times of Malta reported.

Muscat is understood to have information linking those three men to the Caruana Galizia murder as well as other gangland killings in Malta, including the 2015 murder of lawyer Carmel Chircop.

Times of Malta also reported on Tuesday that the Maltese government had quietly agreed on Monday to grant Muscat a presidential pardon for his role in the Chircop case in exchange for information about the lawyer’s murder.