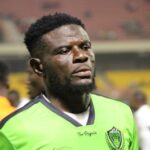 As the latest capital based team, Cities have embarked on a trajectory in a bid to be considered one of the forces to contend with.

But at a haven dominated largely by Hearts of Oak, Olympics, Liberty Professionals, Inter Allies and many others, they need to make their presence felt on the field of play by contesting against the best.

They had that platform in last season’s truncated league but unfortunately they had the chance to only play Olympics in a draw encounter. Matches against the others came rather late.

Yet to face them, the Royals from Legon will face a rejuvenated Olympics side today in what is expected to be a thrilling game despite the absence of the fans.

The two sides drew in their match day one encounters with that of the Wonder club earning them rave reviews as a result of Medeama’s strength at the Akoon Park in Tarkwa.

Olympics came from behind to snatch a point from one of the league favourites with a great goal from Michael Otoo; a story similar to Cities who came from a goal down to Chelsea to draw parity from the spot.

With a few ‘galaticos’ including Fata Dauda, former Black Stars skipper Asamoah Gyan and Jonah Attuquayefio, Raphael Ocloo and other young talented players in their fold, Legon Cities will attempt to record their first high profile victory in the top flight.

But just like them, the ‘Wonder’ boys will also be seeking for their first win of the season trumpet their intentions of vying for a top four spot this season.

Unlike Cities, Olympics lack the names that can instantly put fear into opponents but Coach Annor Walker is capable of parading a side build around Gladson Awako and also has the likes of Philip Sackey, Maxwell Abbey-Quaye and Haruna Jamaldeen who will hope to control affairs in the middle to create chances for their forwards.

Olympics have been unpredictable in recent times, making it difficult to call the match in their favour but of the hanger and determination shown in Tarkwa last weekend was something to go by, the Legon Cities will be in a battle of their lives.