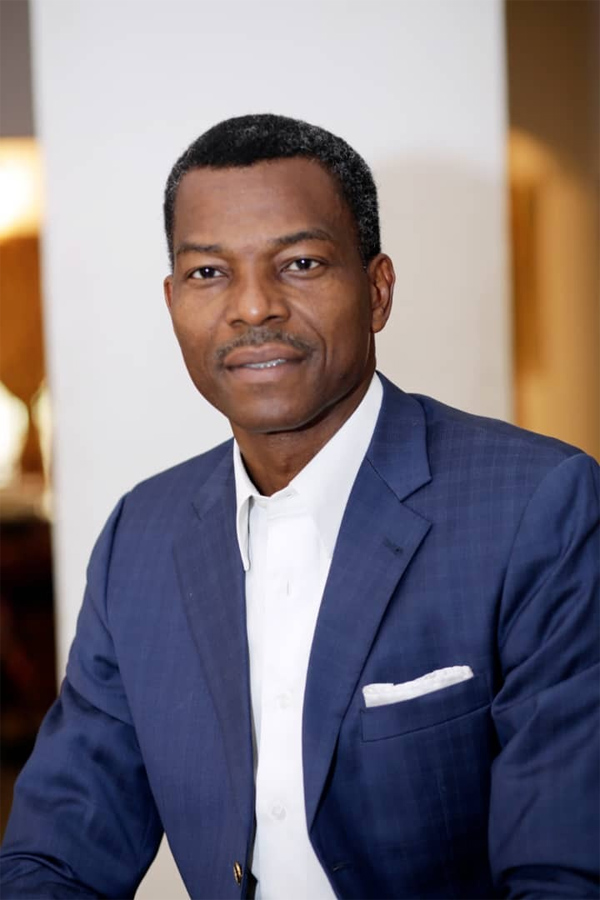 •Says politics stalled electricity reform dream
•Speaks on G14, Salisu Buhari’s removal as Reps Speaker
•‘How Atiku, El-Rufai and I drove privatization process’
•‘We thought pension assets will be around N60trillion instead of current N11trillion’

Remember Honourable Chidi Duru? He was one of the key members of the first House of Representatives before exiting in 2007.

In this interview, the former lawmaker representing Aguata Federal Constituency, Anambra State speaks on his time in parliament, what he has been doing since 2007, the state of the nation and the way forward.

I know that you were among those who started the Fourth Republic in 1999 and you held sway for two terms and disappeared, only to reappear last year and it wasn’t favorable to you. So what have you been doing since that time?

Well, from 2007 when I left National Assembly, I have devoted more of my time, energy and resources to rebuilding my business. It is important to also mention here that before I went into politics full-time in 1999, I already founded a company that was in the environment, firefighting and asset management.

So, after 2007, I went back to rebuild my business and, fortunately, in the course of my stay in the National Assembly, I had the privilege of founding a company in the pension industry called First Guaranty Pension Ltd of which I was the Vice-Chairman.

So, a lot more time was devoted to it and time was also devoted to my holding company called Grand Towers Ltd, a venture capitalist, if you like, or a private equity investor that invests in identifiable opportunities in the sectors and one of the sectors we identified is the absence of shopping malls in Nigeria and our first investment was the Grand Towers Mall which is the first lifestyle shopping centre in Abuja and attracted ShopRite.

Today ShopRite is in about four other malls in Abuja but I was the person who brought them to Abuja. I am also involved in the affairs of my community, in inspiring the younger ones, sharing my time and experience with them and, of course, in mentoring which is something I like to do and have done over the years given the history of my family and the background where I come from.

It is not quite usual that people would leave the political arena, not someone who had a lot of laurels (you won best legislator in the National Assembly in those days). So, what actually informed your taking a break from politics to go solely into business?

It was not a deliberate choice; it was forced on me and a number of us. In 1999, when we were elected for the first time into the House of Representatives, we set up a group called the G-14, a group of people of like minds. We had the Nduka Irabors of this world, the Tony Anyanwus of this world, Achobioma, Faruq Lawan, Suleman Ishyaku and conviction was that we wanted to change the paradigm.

We wanted to contribute our quota on how our country is run and see whether we could help to position Nigeria differently and then to run best practices as you’d find it anywhere in the world. In 1999/2000, we succeeded largely because when we had the first Speaker, Salisu Buhari, a lot of us felt that he could not represent us or reflect the standing of most of us in the House of Representatives and, therefore, a guided push was made by us to remove him and then ushered in Ghali Umar N’Abba and that principle guided us even when there was a deliberate impact by then government to ensure that over 95% of us did not return in the 2003 election and particularly for people like me, who were the target of a deliberate government/executive effort to ensure that we did not return. 95% of my colleagues did not come back but I came back through the law court.

By 2007, it was very clear that having fought the battle and having continued to hold true to what we believed in other than the normal ways of playing politics in the country, it was clear that government had taken a deliberate effort to ensure that under no circumstances would someone like me and a particular Nze Chidi Duru come back to the National Assembly. One took a bow and it wasn’t deliberate. It was forced on me and there was no other way other than to exit the scene and face my commitment to my business and, of course, my family.

You’re more or less someone who is private sector and development-minded. You were instrumental to creating the contributory pension scheme. What challenges at the time gave impetus to that design and to what extent has the original template succeeded?

I believe that, again, by my training as a lawyer, that Nigeria is not a land of laws. What we need in Nigeria basically is more of enforcement of laws. And I also believe that we need to address the policy thrust and institutional reforms that are required to move Nigeria from where we are today to where we would like to see her. And I mean: See Nigeria competing with the rest of the world.

One of the things that gave me joy is being offered the opportunity to serve as the Chairman of the House Committee on Privatization and Commercialization. Before then, I was invited to chair the House Committee on Appropriation but I felt that my talent would be better utilized in a committee such as privatization and commercialization and people didn’t understand how you were given a Grade A committee and you’re turning it down for what was thought to be a committee that people just could not understand what it meant.

I was also fortunate to work with a reform-minded head of the BPE that was responsible for midwifing the privatization and commercialization impetus of the government, Mallam El-Rufai, under the chairmanship of then Vice-President Atiku Abubakar. Working together, we midwifed a number of reform-minded policy thrusts in Nigeria and impacted what we now enjoy in the telecommunication space which is the Telecom Reform Bill. We midwifed the mobile network operation in Nigeria and, today, we have close to about four mobile networks operating in Nigeria: MTN, Glo, Airtel and 9mobile. But, at that time, it was basically three mobile network operators which are: MTN, Econet and Mtel which is the Nitel operator that later died.

Our vision was very clear. We needed to enable Nigerians to communicate from Point A to Point B. If you remember at that time, it was claimed that telephone was not for the poor. And lines were meant for the rich, for the very few privileged ones that were privileged to have the 090, it cost probably about 350,000 naira to acquire the line. And there were long waiting lists for you to acquire that. We were very convinced that if we were able to put lines in the hands of Nigerians, it will greatly transform not only our social life, it will transform even how we relate with each other. It will also transform our economy.

It will help a lot of businesses as we know today that that has also been done. Working with El-Rufai too, we were also able to again look into the horizon and came to appreciate the fact that we also needed to reform the power sector and we are lucky that we passed that bill. First, we attempted in 2002 but we couldn’t get it passed and assented until 2004, when we started that process again and then 2005, it was now passed and assented into law as an Act of Parliament by then President but, of course, unfortunately, the politics of that time did not allow the full liberalization and investment that is required in seeing through the implementation of the reform that that power sector reform engendered in Nigeria. Because if it was done at that time when the whole world was looking at Nigeria, when the investors were looking at Nigeria to invest money in Nigeria, I can wager that power would have been long addressed in Nigeria unlike what it is today.

The other thing we talked about but unfortunately couldn’t get it passed was the competition antitrust law because of the lack of understanding of the impact of the dominant companies in the economy. It was very difficult to lead members to understand that unless we put in place rules that inhibit antitrust behavior in our country, Nigeria will suffer the consequence. It was one bill I was interested in but couldn’t get it passed before we left parliament. But I’m happy that in 2019, that had been passed of course with some measure of confusion.

There’s confusion on whether it is an antitrust bill or a consumer bill. What I find now is that more emphasis is placed on the consumer aspect of the implementation of the Act on antitrust behavior. And, of course, you mentioned the Pension Reform Act. Nowhere in the world has any country made progress without long-term funding.

And it is the pension access that provides long-term funding that crystallizes investment, that crystallizes development and, in more ways than not, that puts funds in the hands of the PFAs, the venture capitalists to be able to take long-term positions in assets that they would like to acquire. For example, South Africa has 500 or 700 billion dollars in pension assets. And many countries in the world have asset sizes of close to 3, 4, 5 trillion dollars.

And you find that in Nigeria, with the pension gap, even without looking at the benefits of a reformed and restructured pension class in Nigeria, many of us are witness to the fact that it used to be the case that our fathers, who worked in the Civil Service, our friends and our brothers who worked in the Civil Service, would actually exit or die without accessing their pension, because those pensions were largely unfunded and they couldn’t access it.

So, one of the strategic decisions that we took when I got involved in the pension industry was to look at it and tell you: What is it that we can do to address the issue of the challenges that faced the Civil Service and the civil servants while they were working and while they retired from service?

And one of those things was the unfunded pension scheme and we looked at Chile and many other countries in the world that have been successful in innovating a largely successful pension scheme in their country and we adopted the Chile model, which is to transform from an unfunded pension scheme to a funded scheme to the extent that you are certain that your contribution to your scheme whilst you’re  working is not only safe, it’s also secure, it’s guaranteed and that when you retire, your pension will be able to take care of your lifestyle for the rest of your life.

That is one benefit of it. The second benefit is to also have a pool of funds that will be targeted at long-term investment and development. Today, we have close to about 11 trillion in our pension asset and that, in a way, is good news even though in 2004, when we passed that bill, we had expected that by 2015, the asset class, the contribution in our pension scheme will be in the region of 30 to 40 trillion naira.

And then if you’re talking of 2020, we should be discussing about 50 to 60 trillion naira in our pension assets. So, imagine what that would have been if that asset class is targeted at road infrastructure, building railway lines, building airports.

The post Investors, the whole world were looking at Nigeria to resolve power issues 15 years ago – Duru appeared first on Vanguard News.

‘Are these f0.0ls above the law?’ – Aisha Modi calls on IGP to arrest Blackmailer Tracey Boakye, Afia Schwar