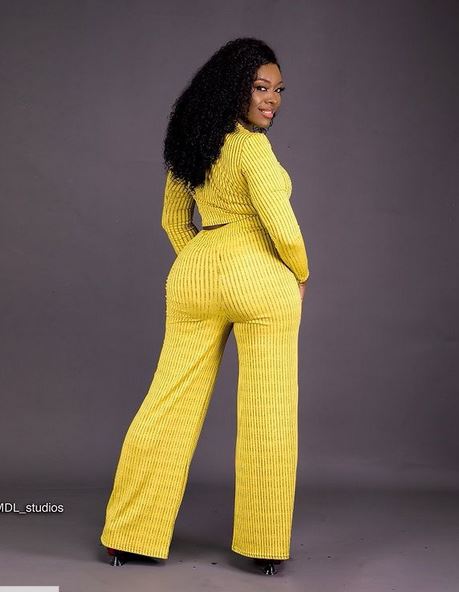 Excitingly beautiful and sultry Nollywood actress Bukola Kiitan is riding on the high-street of fame and fortune. Only recently the actress took to her social media page to share a video of a new house which she said she has built for her herself.

For some many of her colleagues that could only mean they have arrived in the big league, meaning they would have to be doing the picking the class of men they roll with. But Bukola doesn’t seem to get carried away with her status as successful actress and businesswoman.

“It’s a matter of yes or no, no one can force anything on me. I appreciate people who come to me. It is something some women desire and never see . Even if I can’t date you, I would rather take you as a friend instead of ignoring you or being rude. I’m not rude and I don’t look down on guys who come to me. No one can force me to do what I don’t want to do. If I feel you are getting desperate, I will simply block you off. There’s no need being rude.,” she said in a chat with Potpourri on the question on how she handles advances from the opposite sex.

Concerning competition and jealousy in the industry, she said, “ I’m not in a competition with anyone. I do me and I focus on how to better myself. I don’t try to be like anyone. Even when such matters arise,the best thing to do is to ignore it and be you. Of course, such have come my way, if no one is jealous of you it means you not doing well enough, greatness comes with jealousy.”

The post I don’t look down on guys who come to me – Bukola Kiitan appeared first on Vanguard News.