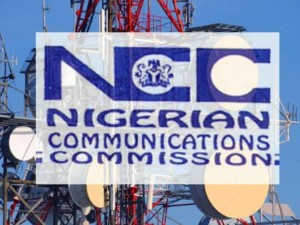 The Nigerian Communications Commission (NCC) has been ranked above its contemporaries under the Ministry of Communications and Digital Economy in the 2020 Ethics Compliance and Integrity Scorecard (ECIS), released by the Independent Corrupt Practices and Other Related Offences Commission (ICPC).

In the integrity checks made available by the ranking agency, the telecom regulator came tops on the list among four other agencies under the Ministry, which featured in the infra-ministerial agencies’ ranking in ethics compliance and institutional integrity with 81.15 per cent.

Meanwhile, the latest entrant into the ministry fold, National Identity Management Commission (NIMC) emerged second with a total score of 74.05 per cent; Nigeria Communications Satellite Limited (NigComsat) followed with a score of 31.9 per cent,  the National Information Technology development Agency (NITDA) occupied the fourth position with 17.65 per cent, while NIPOST came last.

In the area of ethical-compliance, the  NCC also leads 24 regulatory agencies to emerge most ethically-compliant parastatal among 25 other regulatory agencies assessed in the anti-graft agency’s Ethics Compliance and Integrity Scorecards (ECIS), 2020.

According to the ICPC’s report, which measures how Ministries, Department and Agencies (MDAs) of the Federal Government comply with ethical, integrity, statutory, regulatory and policy standards and requirements, the NCC came first with a score of 81.15 percent in this category.

Further findings by the report showed that NCC’s ranking on the 2020 Scorecard may not be unconnected with the critical role it has played as a member of the Anti-Corruption and Transparency Unit (ACTU), which is the Federal Government’s vanguard for promoting ethics and ensuring compliance with ethical codes within the Nigerian Public sector.

The scorecard, which was deployed between July and September 2020 in 352 MDAs is a testament to the ethical culture and high standards of integrity, which characterize the operations and regulatory activities of the Commission.

As the internal anti-corruption and transparency mechanism put in place within the Commission to improve the integrity of internal processes for better service delivery, the ACTU has been instrumental to the implementation of ICPC’s framework for promoting an ethical environment.

The ranking by ICPC, in addition to demonstrating NCC’s commitment to the orderly growth and development of the Nigerian telecommunications industry, underscores the Commission’s strategic role as a key enabler of positive change within Nigeria’s socio-economic landscape.

The telecoms regulator is conscious of President Muhammadu Buhari’s s vision on Anti-Corruption and is committed to continue to support the Federal Government’s digital economy agenda to rapidly advance the socio-economic development of Nigeria, through leveraging Information and Communications Technologies to drive performance across all the critical sectors of the Nigerian economy through its fair, firm, forthright and transparent regulatory approach.

The Independent Corrupt Practices and Other Related Offences Commission (ICPC) has deployed the Ethics Compliance and Integrity Scorecard in line with its proactive and preventive mandate under the Corrupt Practices and Other Related Offences Act, 2000 to reinforce its drive to strengthen integrity, accountability and transparency in the public service.

The ECIS, is deployed annually in selected government Ministries, Departments and Agencies (MDAs) to measure how MDAs comply with ethical, integrity, statutory, regulatory and policy standards and requirements.

According to ICPC, the goal is to diminish corruption risk, improve ethics and integrity benchmarks and improve service delivery.

Van Bronckhorst quits after one season in China