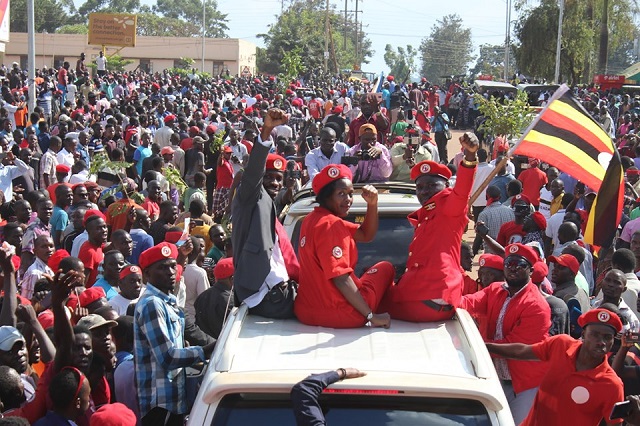 The candidates on Wednesday suspended their campaigns following the arrest of Robert Kyagulanyi Ssentamu, the National Unity Platform-NUP presidential candidate.

Kyagulanyi was arrested on Wednesday in Luuka district for flouting COVID-19 guidelines and was detained at Nalufenya police station in Jinja city. He was granted bail on Friday by Iganga Magistrates Court.

His arrest has sparked off protests in different parts of the country where hundreds took to the streets demanding for his release.

The candidates say they could not continue traversing the district and the city soliciting for votes when one of the opposition leaders was suffering in the hands of security forces adding that they were equally affected.

Nyakato says since Kyagulanyi has been granted bail and set free, they are set to resume normal campaigns.

Nyamuhaibona says she had cancelled her campaigns to stand in solidarity with Kyagulanyi and other innocent Ugandans who were killed during the protests.