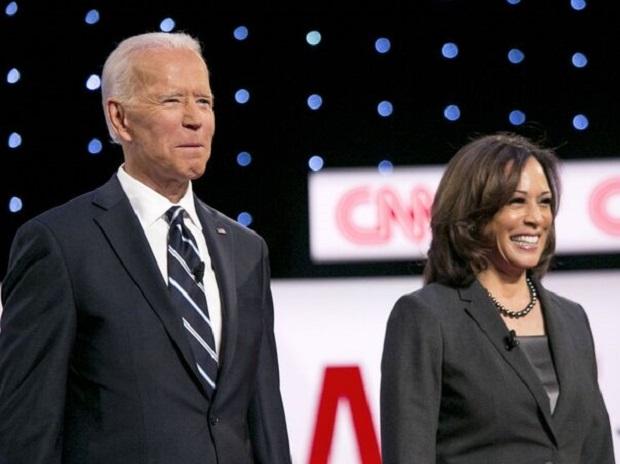 Recording Academy,  Organisers of the Grammy Awards,  has pledged to support the administration of Joe Biden, the newly elected United States of America President and his vice, Kamala Harris, in rebuilding and revitalising the U.S. creative economy.

The News Agency of Nigeria (NAN) recalls  that the Recording Academy (formally the National Academy of Recording Arts and Sciences; abbreviated NARAS) is an American learned academy of musicians, producers, recording engineers,and other musical professionals.

It is famous for its Grammy Awards, which recognise achievements in the music industry of songs and music which were popular worldwide.

The organisers, who made the pledge on its Instagram handle  @recordingacademy on Friday, stated that they were excited to work with the Biden/Harris administration toward a better future for American music makers and for all Americans.

“President @JoeBiden and Vice President @KamalaHarris have a well-documented record of supporting the creative workforce and understanding the necessity of a healthy and vibrant music ecosystem.

“In the Senate, President Biden served as Chairman of the Senate Judiciary Committee where he advocated for fair value for music, advanced stronger copyright protections for all creators, and led efforts to combat intellectual property theft.

“As Vice President, Biden continued to fight on behalf of creators and  for his leadership and accomplishments, President Biden was honored during #GRAMMYsOnTheHill in 2011.

“The next four years are a crucial time in American history that present an opportunity to rebuild and revitalise the American creative economy.

“We are excited to work with the Biden/Harris Administration toward a better future for American music makers and for all Americans,” the organisers wrote.

NAN recalls that the duo were sworn in on Wednesday Jan. 20 in Washington and Biden became the 46th president.(NAN)

Benin waterstorm: You are economical with the truth, Agba writes Obaseki

Benin waterstorm: You are economical with the truth, Agba writes Obaseki