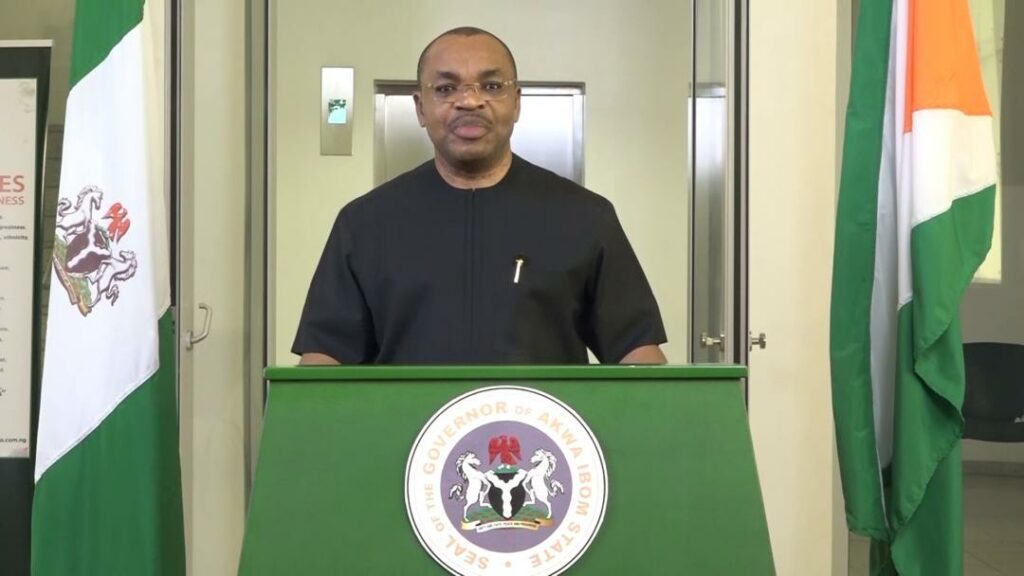 Governor Udom Emmanuel of Akwa Ibom State has commended the Nigerian Correctional Service, NCS, for taking steps to ensure all round rehabilitation of inmates in various correctional centers across the country.

Emmanuel who gave the commendation weekend when the Assistant Comptroller General of the NCS, zone ‘E’, Owerri Mr Victor Chiabua, paid him a courtesy visit at Government House, Uyo.

His words, “I want to commend you and the Command for what you have been doing in Akwa Ibom State . I really appreciate it. When you have men and women sent to Correctional Centers, your target is always to change them for the better.

ALSO READ: #EndSARS: What we must do to avert another protest ― Ikpeazu

“I appreciation you for working tirelessly to ensure the inmates are reformed. And anytime I visit the prisons to talk, teach and relate with the inmates, I discover that a good number of them are changeable and can be converted for better.

“With the various programmes available to the inmates, they stand a good chance of being transformed to become useful citizens for themselves and the society”

The governor who was represented by Secretary to the State Government,(SSG)  Dr. Emmanuel Ekuwem, emphasized that establishing a Cyber cafe in the Correctional Centers to enable the inmates to have knowledge about the internet.

He identified joblessness as reason youths involve in crime, and linked the #EndSARS protests hijacked by hoodlums to cause violence and destruction of properties to youth idleness without proper mentorship.

In his remarks, the Assistant Comptroller,  Mr Victor Chiabua, who said his team was on a familiarization tour of correctional facilities in the Zone, appealed to the state government to help fast-track the process of reformation of offenders for their proper reintegration into the society.

He particularly requested for the reconstruction of the Correctional Center in Abak local government in order to decongest the facility as well as the provision of vehicles to assistant in the transportation of inmates during appearances in the Court.