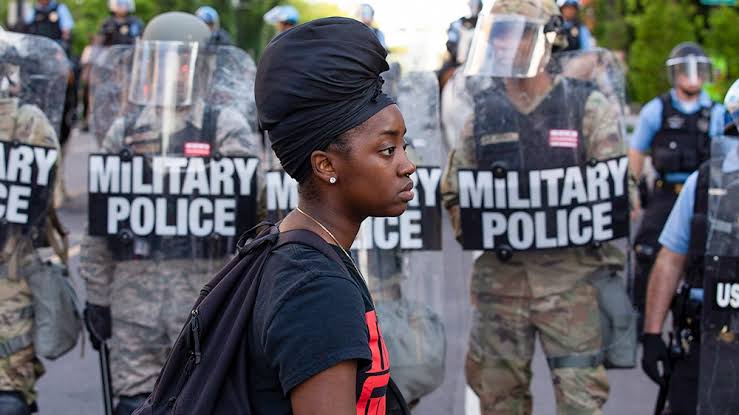 A planned demonstration against coronavirus restrictions in the German city of Leipzig was cancelled at the last minute on Saturday, but police were still on alert to prevent its supporters from clashing with counterprotesters.

Hundreds of counterprotesters had gathered at Augustustplatz, a square in central Leipzig, in the afternoon, and gatherings were registered by their alliance at two other locations in the heart of the city.

A protest against government measures intended to stem the spread of the virus was registered to take place at the nearby Kurt Masur Platz, but the head organizer called it off even after some people had started arriving.

Police said the organizer had cancelled due to his medical certificate for mask exemptions being “incomplete.”

Police called on those who had already arrived for the protest to “leave the area peacefully.” Previously, officers had closed off the square because it had reached its maximum capacity of 500 people.

There was a large police presence in the city, with water cannon and fortified police trucks standing by. Barriers were also erected to keep opposing protests apart.

This was however proving to be difficult after the confusion caused by the last-minute cancellation.

“Our forces are separating groups of individuals,” police said on Twitter. They also said there had been attacks on officers but did not give details.

In a video shared by local media, a police spokesman said, “Our goal must now be in preventing violent clashes.”

Leipzig Mayor Burkhard Jung described the atmosphere as “a game of cat and mouse.”

Two weeks ago, a large demonstration organized by Querdenken (Lateral Thinking), a politically diffuse movement that opposes the government’s response to the pandemic and seeks to downplay the severity of the virus, took place in Leipzig.

The event descended into chaos, with police facing criticism for losing control over the event and failing to enforce hygiene rules such as mask-wearing and distancing measures.

In total, eight protests had been set to take place in Leipzig on Saturday in various locations, five of which are linked to the coronavirus pandemic, including counterdemonstrations.

Querdenken, which has been criticized for associating with right-wing extremists, has organized coronavirus protests in a number of German cities, including mass rallies in Berlin, where police were forced on Wednesday to disperse crowds with water cannon.

Police detained 365 people in relation to that event.

“We have moved away from a big diverse crowd and are coming more and more to a spectrum of people who reject our system and are willing to use extreme violence,” Berlin chief of police Barbara Slowik told the city’s Tagesspiegel newspaper.

Protests organized by or linked to Querdenken also took place elsewhere in Germany on Saturday, including a 1,200-strong rally in the southern town of Kempten and a gathering of 900 people in Hanover further north.

Organizers had called for a demonstration with up to 30,000 participants in Munich, but it was banned by local authorities.