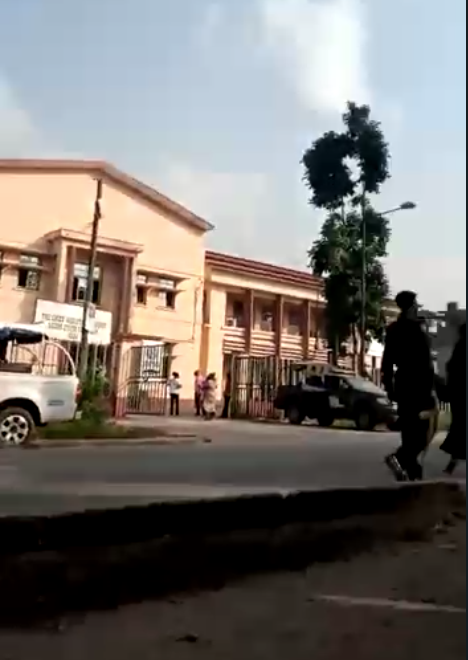 Officers of the Nigeria Police Force have taken over the Yaba Magistrate Court where Eromosele Adene is to arraigned.

Adene was arrested from his house for partaking in the recent #EndSARS protest in Lagos.

Armed officers were drawn from different divisions as they restricted movement around the court.

Adene was brought before the court 10 days after he was arrested.

He was charged on offences bothering on cyber stalking and conduct likely to cause breach of peace.

The police is seeking an order of the court to detain him for another 30 days.

‘One Nigeria’ and the jolly good ‘detribalised’ intellectual/cleric [opinion]

‘One Nigeria’ and the jolly good ‘detribalised’ intellectual/cleric [opinion]