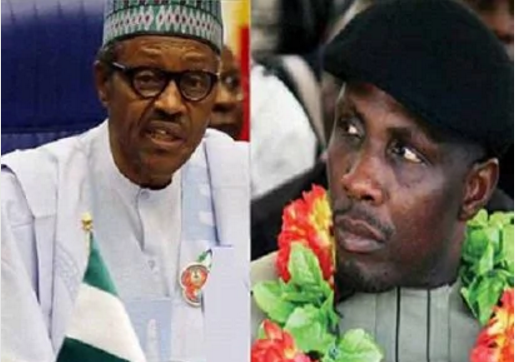 Ijaw People Development Initiative, IPDI, a Warri-based rights group in Delta State, Friday, accused the Federal Government and EFCC of causing tension in Niger Delta with thei apparent refusal to unfreeze the accounts of former militant leader, Government Ekpemupolo, alias Tompolo, and exit his seized properties, over four months after the judiciary acquitted him of trumped – up charges.

National president of IPDI, Mr Austin Ozobo, in a statement, wondered what game the federal government and anti-corruption agency were up to.

He asserted: “It is glaring that the Federal Government and EFCC are still plotting against Tompolo as they refuse to unfreeze his accounts and vacate his company premises in Warri, Delta state.”

“It should be noted that the continued seizure of Tompolo’s company, bank accounts and other properties are beginning to cause provocation among Niger Delta youths, which was the cause of the recent protest at his company yard in Warri

“The government and EFCC should unfreeze his accounts and vacate his company since he was discharged and acquitted a Federal High Court sitting in Lagos more than five months ago.

“This action by government is suspicious as it shows that there is another plan by the government to arrest and humiliate him.

“The court judgment declaring him free seems to be a snake trap and a plot to deceive him to come out to the public so that he can be arrested and humiliated, or else , there is no point for the continued seizure and occupation of his company.

“It shows that Nigerian government and EFCC cannot be trusted, but we want to state emphatically that there is nowhere a man who have been declared free by a competent court of law could be tried with the same alleged offence, so there is no point of plotting another evil against him because it is of no effect.

“We wish to state again that the Federal Government and EFCC should tread with caution as their actions are capable of provoking rancor in Niger Delta region, as concerned youths have began to be upset over the refusal of the federal government to vacate Tompolo’s company and the continued freezing of his accounts.

“It is our candid advice that Federal Government and EFCC should vacate Tompolo’s company premises and release every of his property and bank accounts freezed since he had been declared free by the Federal High Court, presided over by Justice Buba,” he added.