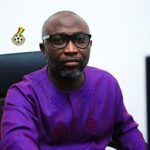 In line with its continuous engagements with clubs, the Ghana Football Association (GFA) has scheduled a meeting with Chief Executive Officers (CEOs) of all Premier League Clubs on Monday.

The meeting which is scheduled to begin at 2pm, is to deliberate on various issues on the ongoing league season and all related matters.

According to a statement from the FA, the meeting was addition to all the engagements between the GFA and Premier League clubs CEOs on the online platform created to ensure regular interactions.

“All clubs are entreated to be represented at the meeting on Monday to enable consensus building to advance the frontiers of Ghana’s elite league competition,” the statement said.