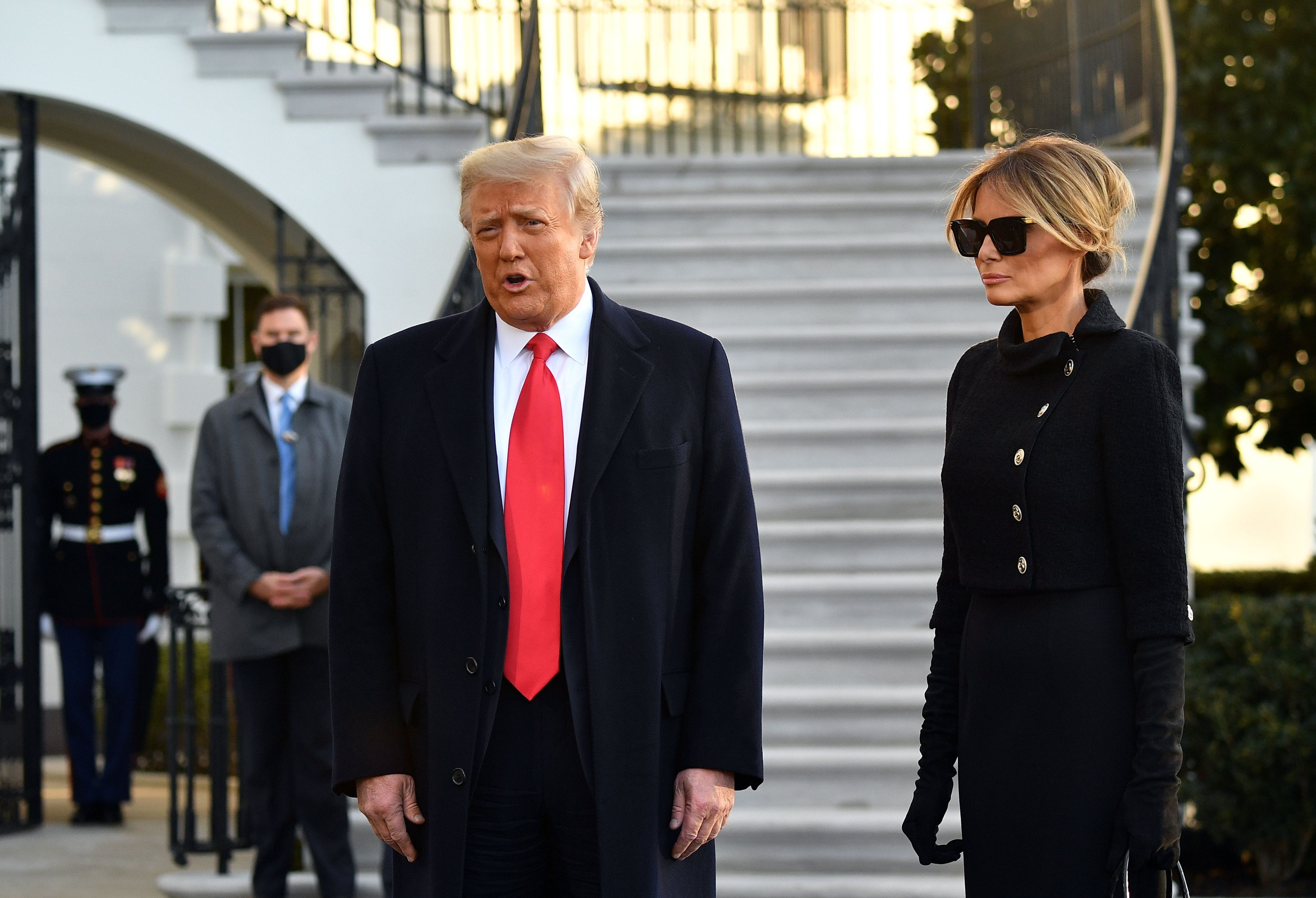 Much has been written about former President Donald Trump’s historically low popularity ratings as he leaves office. But the tarnish on the Trump brand goes beyond the former President.

His wife, Melania Trump, left the White House with the worst popularity rating for any first lady at the end of her term in polling history.

Traditionally, first ladies are nearly uniformly admired. The position is unelected and normally uncontroversial. It’s hard to be unpopular.

Now, the ratings for Pat Nixon, Betty Ford and Rosalynn Carter were taken before their husband’s final month in office and the questions asking about popularity were worded differently than Melania’s question. Even if we take these first ladies out of the equation, we get a very similar 70% favourable and 23% unfavourable average final rating since Nancy Reagan in 1989.

In fact, the only first lady to leave office with a net popularity rating below +40 points was Hillary Clinton. Her net favorability rating of +13 points (52% favourable and 39% unfavoirable) in a January 2001 CNN/Time/Yankelovich Partners poll still easily beat Melania’s final rating.

Remember, Hillary, unlike Melania, ran for her US Senate seat during her husband’s final year in the White House and was sworn in weeks before he departed the White House. She was also far more politically active in the White House, helping lead its push for health care reform. In other words, unlike most first ladies, Hillary was going to be seen in a partisan light.

Melania has not been anywhere near as involved in the day-to-day management of the White House. She’s usually not that visible, at least to most Americans.

Indeed, it’s not entirely clear how much Melania’s low ratings have to do with her in particular. Yes, she’s had some moments that blew up on social media, and she did break tradition (with her husband) in not welcoming the Biden family into the White House.

But Melania’s low ratings preceded her time in office. She’s frequently featured relatively low net popularity ratings, dating back to when her husband was running for president in 2016. (She was not very well known then at all.)

It does seem that merely being associated with her husband has had a negative impact on her popularity.

Tempting as it might be to think that a husband’s unpopularity automatically means a first lady is unpopular too, this has not been the case historically.

When Richard Nixon was already well into the throes of the Watergate scandal in August 1973, 83% of Americans rated Pat Nixon a +1 or above on a favourability scale that ran from -5 to +5. Just 13% rated her a -1 or worse.

In fact, Laura Bush and Michelle Obama (69% favourable rating) both finished with popularity ratings about average for departing first ladies.

Of course, no first lady this century has ever left office with the 85% favourable rating of Barbara Bush in 1993.