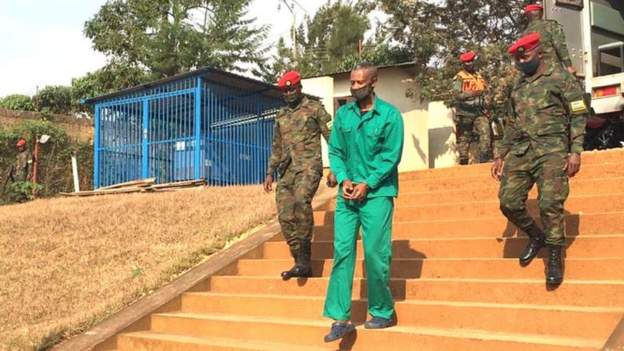 A court in Rwanda’s capital, Kigali, has sentenced a former head of President Paul Kagame’s security unit to three years in prison “for stealing a mobile phone”.

Tom Byabagamba, who has been stripped of the rank of colonel, was already serving a 15-year prison sentence for disrespecting the national flag, insurrection, and endangering state security.

In 2016, a military court handed him a 21-year sentence, which was later commuted on appeal.

The court heard that he planned to use the phone to escape from prison. He has maintained that all the charges were trumped-up.

Following Tuesday’s ruling, he will now serve 18 years in total.

Mr Byabagamba told the court he was not the kind of person to steal such an “insignificant object”.

He admitted that being caught up in possession of a phone was in violation of prison regulations, but shouldn’t warrant a prison sentence.

Mr Byabagamba told the court his troubles started when his older brother and former senior adviser to the president fled the country and became a vocal critic of Mr Kagame.

A number of human rights organisations have accused the Rwandan government of not tolerating dissent, which it has consistently denied.