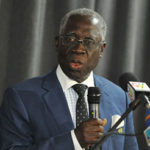 The processes to establish a National Development Bank to accelerate the country’s socioeconomic development are on course, the President, Nana Addo Dankwa Akufo-Addo, has said.

The President who said this in a speech read on his behalf by the Senior Minister Yaw Osafo-Maafo during the launch of the Ghana COVID-19 Alleviation and Revitalisation of Enterprise Support (CARES) Programme in Accra yesterday, did not state the processes, but said some development partners have pledged to release funding for the start of the bank.

He explained that  the establishment of the bank would engender long-term financing to critical sectors of the economy.

The three-year national economic blue-print dubbed “Obaatan Pa” is meant to revive the economy and support businesses affected by the coronavirus pandemic in the areas of agriculture, manufacturing and industry, pharmaceutical and technology.

The programme attended by Ministers of State, development partners, civil society organisations, representatives of financial institutions and the private sector was on the theme “Seizing the Opportunity for Economic Transformation, Post COVID.”

He disclosed that the World Bank had pledged to provide $250 million to serve as seed capital for the establishment of the bank.

In addition, the European Investment Bank had pledged 170 million Euros for the bank and the Government of Germany had also pledged to provide 46.5 million to that effect.

The Minister of Finance in the 2020 Budget Statement and Economic Policy of government stated the plan of government to establish a National Development Bank.

The President said the bank would help in the creation of more businesses, increased employment opportunities as well as incomes for the citizens and businesses.

“The National Development Bank will enhance the incomes and dignity of our people and provide capital for the private sector,” he said.

The President appealed to the international partners and the private sector to support the creation of the National Development Bank.

On the CARES, he said government would finance 30 per cent of the programme and the remaining 70 per cent would be financed by the private sector.

He said the development of the programme was to support businesses affected by the coronavirus pandemic.

President Akufo-Addo also said CARES would put the economy on the path to fiscal sustainability in the medium-term.

He said the programme was to help diversify the economy and become the regional and commercial hub and the gateway to Africa.

Exploring the evolution of high definition television viewing in Ghana

Hajia4Real Aka Mona4real Shows Off Her In-House Studio (Video)