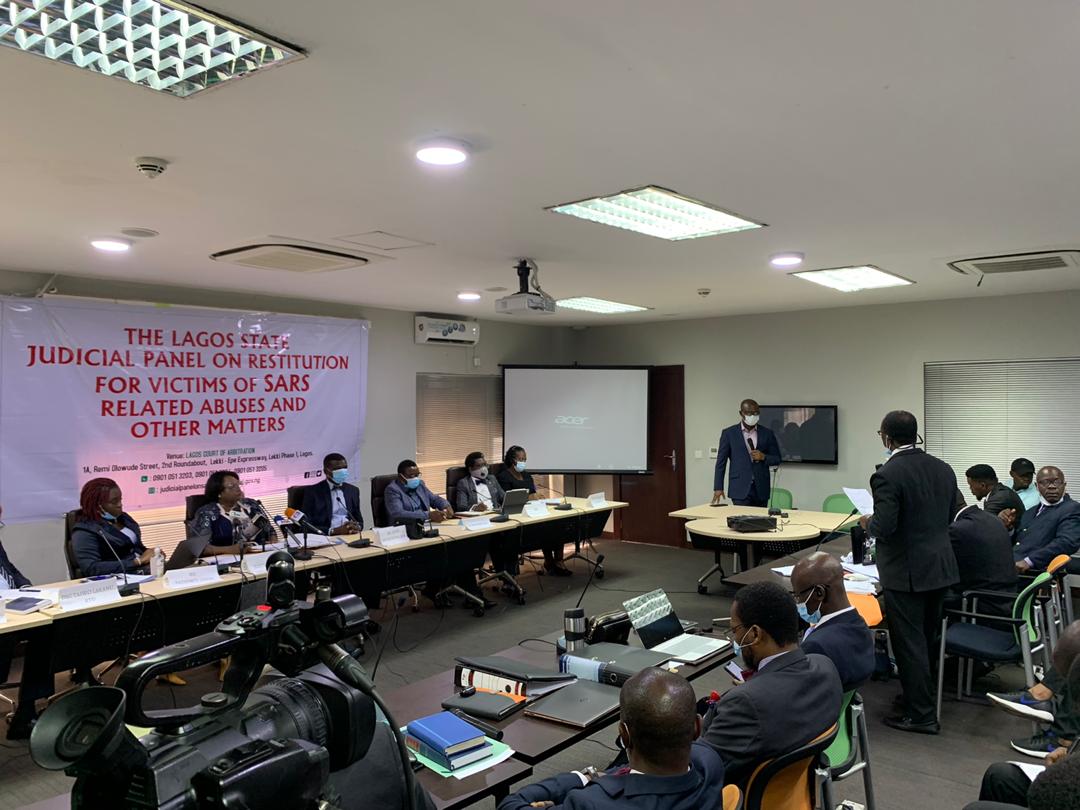 Mr Adesina Ogunlana, a lawyer, has asked the Lagos State Judicial Panel of Inquiry on police brutality to summon Babatunde Fashola, Minister of Works and Housing, for discovering a ‘hidden’ camera at the Lekki Toll Gate after the October 20 attack by soldiers on peaceful protesters.

He appealed to the panel led by Justice Doris Okuwobi (retired) to call the minister to appear before the panel, stating that the camera found by the minister could be useful in the ongoing investigation.

Responding, Justice Okuwobi said Ogunlana must follow the proper procedure before Fashola could be summoned by the panel.

Fashola in company with Lagos State governor, Babajide Sanwo-Olu, and some South-West governors “discovered” a solitary unburnt camera resting on the ruins of the damaged toll gate.
Fashola said the camera must have been planted by “some subversive elements”.

He picked up the device with a handkerchief and handed it over to Sanwo-Olu.