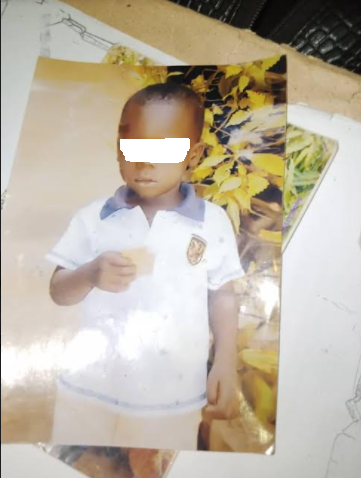 A lady, Mrs Esther Tanko, on Tuesday, narrated before the Independent Investigative Panel on human rights violations by the defunct Special Anti-Robbery Squad, SARS, sitting in Abuja, how her abducted 3-year old son that was rescued by the Police, was allegedly sold for N8million.

The grieve-stricken woman who told the panel that she works as a cleaner in a private school in the Federal Capital Territory, said a two-man gang of kidnappers, snatched her son, Elijah, from her in 2019.

She said the kidnappers, a man and a woman, accosted her while she was on her way to seek medical attention for her son that suffered a febrile convulsion in church.

According to the lady, the kidnappers, upon seeing the condition of the child, discouraged her from going to the hospital, insisting that the condition required herbal remedy for a permanent solution.

“The man and the woman told me that they came to the village to buy land. They touched me and the baby and said the baby has running high temperature.

“I told them that I needed to rush to the hospital but they told me to forget the hospital, that they will take me to where the baby will get an instant cure. That was the last thing I remembered, though before then, the lady who told me that her name is Chioma, exchanged number with me”.

The Complainant told the panel that subsequently after the kidnappers had vanished and she tried to reach them on phone, they warned her to forget the child.

“They told me that my son has been buried. I reported the case to the police station at Bwari and also to the Area Council Chairman who also took the matter to the Minister of FCT for his intervention.”

Mrs Tanko who said she is Gbagi by tribe said the case was later referred to the DCP. Abba Kyari-led Intelligence Response Team, IRT, which she said had its office at the SARS headquarters in Abuja, infamously referred to as the ‘Abattoir’.

“Then, one day, I saw my child on Television and the internet. They said his parents should come and identify him.

“I was taken to Abba Kyari’s office which is SARS office at Abattoir with a policeman from the station in Bwari and my big son.

“They showed me a picture and I identified my son. They went and brought him. This happened in December 2019.

“When they brought the boy, he identified me, his Dad and my other son. They said they won’t give me the boy like that. The next day I went, the boy still identified me. They still didn’t give him to me.

“The third day I went and I saw my son, he was eating corn. The boy said he doesn’t want the corn again and gave it to me. I took it and even showed my people when I got home. Police said I should go and bring the pastor that named my son.

“However, the next day, two people came from Enugu and Aba to claim the baby. The third person that also came to claim him later pulled out.

“Police then said we should do a DNA test with them and we went for the DNA test at a general hospital in NIA.

“We finished the test, they asked me when last the kidnappers called me, I told them that the number was still in my phone.

“After the test, I told the IPO from Bwari police station, Mr Desmond, that I don’t even have transport money to go home. He gave me N500 and said he will call us when the result was out.

“We waited for over two months and he did not call us. My pastor called him and he told him that the doctor said he was confused. I called him on my own too and he told me the same thing and that they want to take the result to Lagos.

“When I took the case to Human Rights radio, the Police claimed that eight other women are also claiming my child again.

“They even changed his name to Excellence.

“The last time I inquired, the IPO told me that the child is in an orphanage. They said they are still investigating. I have not seen my child since then”, the devasted lady added in her oral testimony before the panel.

She was led in evidence by counsel to the panel, Mr Chino Obiagwu, SAN.

Meanwhile, in her written petition which the National Human Rights Commission, NHRC, received on September 2, the Complainant, said Police told her that her son was sold for N8m.

She said the information came after she provided necessary documents to prove that the rescued boy was her son.

“I was asked to provide the necessary document of my son for clarification, and which I provided them all.

“Then the IPO by name Desmond went ahead to collect my son from the orphanage home. Before then, I was told that my son was sold at the rate of Eight Million Naira only (N8, 000,000) and the lady who collected my son from me was also in (SARS Office) and l was told that was the lady they caught with the children that were abducted during that period.

“I could identify her, but the lady denied she doesn‘t know me, in the process of the IPO going to bring my child so that I could take him home with me, to my surprise, another woman appeared, claiming ownership of my son. From there, I was not allowed to take my child with me again.

“From there, some other women came and claimed my son again after some days.  Then the IPO now told me that they will run a DNA test for all of us and see whose child it is.

“The date of the test was set and we were all tested and were asked to come back in one month time.

“Now the one month is due, I went back to their office and l was told that the Doctor said he was confused and that the DNA test will be done again in Lagos and the IPO told me again that during the one month waiting, other five-woman came to claim the same child.

“To this end, I am thinking maybe it is the woman who bought my son for N8m that is sending people to claim the child and I am confused and helpless.

“That is why I have come, knowing fully that I will be helped here”, she added, even as she tendered the birth certificate of the boy, his polio vaccination card from the Federal Ministry of Health, as well as his photograph, in evidence.

Meantime, head of a legal team of the Nigeria Police Force, Mr James Idachaba, asked for an adjournment to enable him to confirm the status of the case from the police units and officers that were mentioned by the Complainant.

“We need to know the true state of things to be able to cross-examine her. We know the office she has mentioned. We will meet the officers in charge and report back to the panel”, Idachaba added.

Consequently, the panel headed by retired Justice of the Supreme Court, Justice Suleiman Galadima, adjourned the matter till November 30.

The panel held that the Complainant was at liberty to call her husband, pastor and older son to testify as to her witnesses.

The panel also deferred hearing on another petition bordering on alleged extra-judicial murder of one Comrade Alexander Ogbu, by the Police.

Though the wife of the deceased, Francisca was ready to testify, the panel halted the process after her lawyer, Mr Abubakar Marshall, revealed that there is a suit pending before an Abuja High Court on the matter.

Even though the Complainant urged the panel to go ahead and hear her case, the panel mandated its lawyer, Obiagwu, SAN, to go and confirm the status of the pending case and report back to it on November 30.