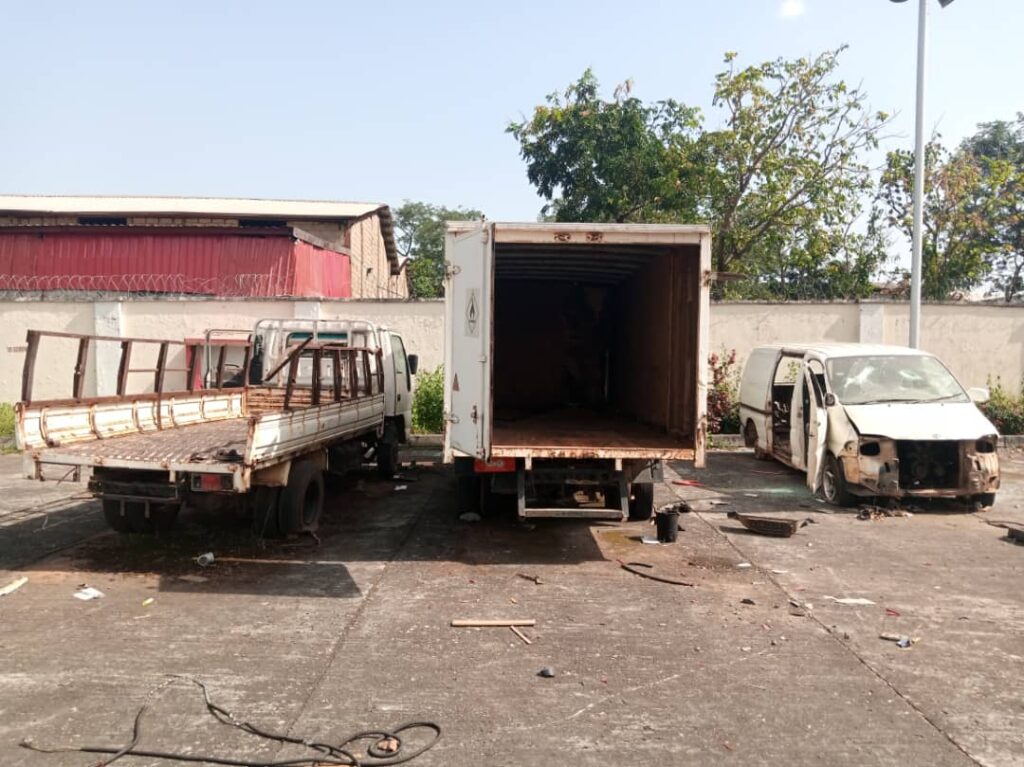 The recent hijack by hoodlums of an otherwise peaceful #EndSARS protest in the Federal Capital Territory FCT might have ended but not without leaving in its trail a series of devastation.

What happened in places where the hoodlums left their signatures can best be described as ‘Operation Sweep’. It was more than just looting. It was a complete sweep of the affected facilities as the hoodlums went as far as removing rooftops, breaking the walls to remove the conduit pipes and cables, removing ceilings, doors, windows and even carting away office tables, stationeries and files.

The extent of damage was so shocking that the only rational conclusion would be to hold that hoodlums from neighbouring countries might have come in to assist their Nigerian counterparts. Otherwise, one may also be right to conclude that there are more hoodlums in Nigeria than law-abiding citizens.

Both positions could also be a true reflection of what happened. For, as the Sarkin Jiwa, HRH Dr Idris Musa said, those who looted structures in the FCT came from the far North including Katsina, the president’s home state and neighbouring Niger Republic.

Speaking in his palace when he received the ‘FCT Ministerial Committee on Assessment of Losses caused by #EndSARS Unrest’, the royal father said the committee needed not to look far because those who perpetrated the looting can be tracked with the assistance of security agencies. 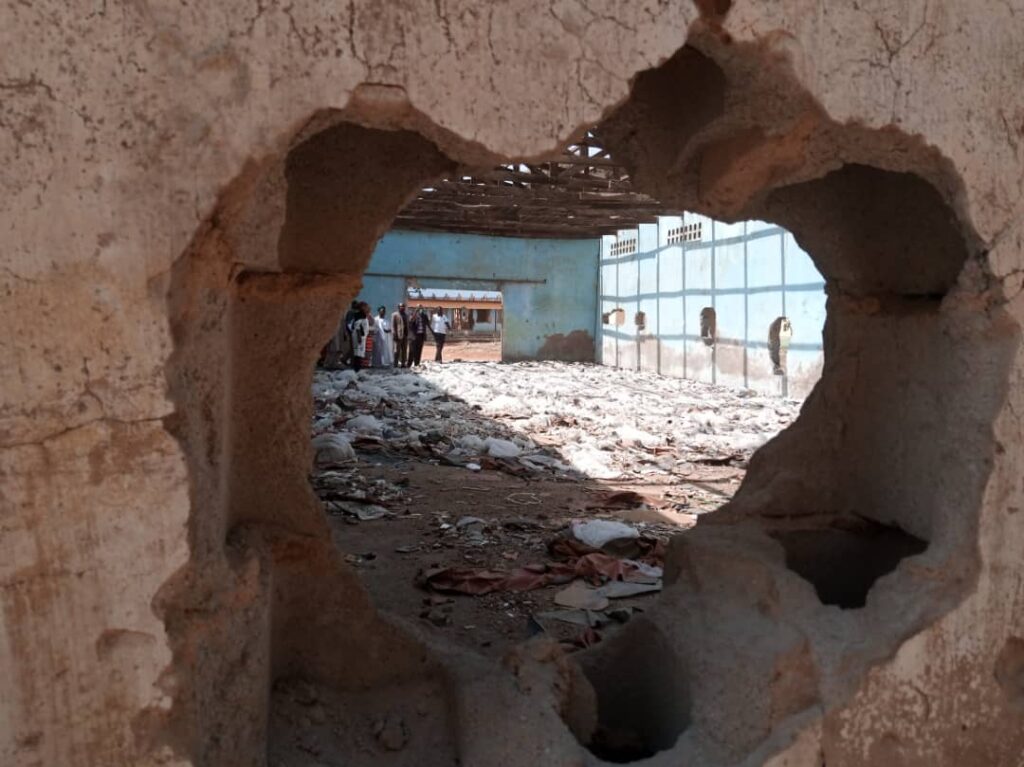 He said; “It is very sad and we do not pray to see such ugly incident again. We saw what we were not supposed to see because those who vandalised these things, most of them, came from the far North, Niger Republic, Katsina and other parts of this nation.

“And I want to advise, in order not to waste your time, I have been advising since almost five years that government should take action in this part of the city which is the headquarters of the Babangbola (scrap collectors). With this #EndSARS, what they (scrap collectors) have done to the city is bad. In this axis, most of the houses that were being built were vandalised. They went there and vandalised all the aluminium. In some areas where they vandalised stores, most of the machines were recovered by the military. So, you should liaise with the military and recover those machines. About 92 machines were recovered by the military. Some items were recovered in the bushes and are kept in the Gwagwa and Karmo Divisions. So, you can visit those places and see what they have”.

Some of the facilities affected were the orientation camp of the National Youth Service Corps NYSC in Kubwa, the FCT Customary Court in Dutse, the outposts of the Nigerian Police Fire and the Nigeria Security and Civil Defence Corps NSCDC in Dutse public and private warehouses in Idu, Jabi, Tunga Maje, Gwagwalada and other places.

In fact, out of the six Area Councils in the FCT, only one, Abaji was not affected.

In Kuje, the Council’s Central Store which contained medical supplies and other non-medical assets was also looted.

The Council’s ICT Centre and Library was looted with 20 desktop computers, eight standing fans and eight Air Conditioning systems and 13 inverter batteries stolen. The hoodlums also invaded the offices of the FCT Fire Service and the Federal Road Safety Corps FRSC within the library premises where they carted away office equipment and stationeries. They even went away with the electricity metre and vandalised the power plant in the premises.

An attempt to invade the Area Council Secretariat was however stoutly resisted by soldiers but that was after the hoodlums had pulled down the rear perimeter fence of the Secretariat.

The Women Centre in Jiwa was looted bare and the place has been turned into a “public toilet” as the assessment team was welcome into the premises by a pungent stench of human faeces.

Saturday Vanguard correspondent had to immediately turn back due to the stench, and in spite of wearing a face mask. 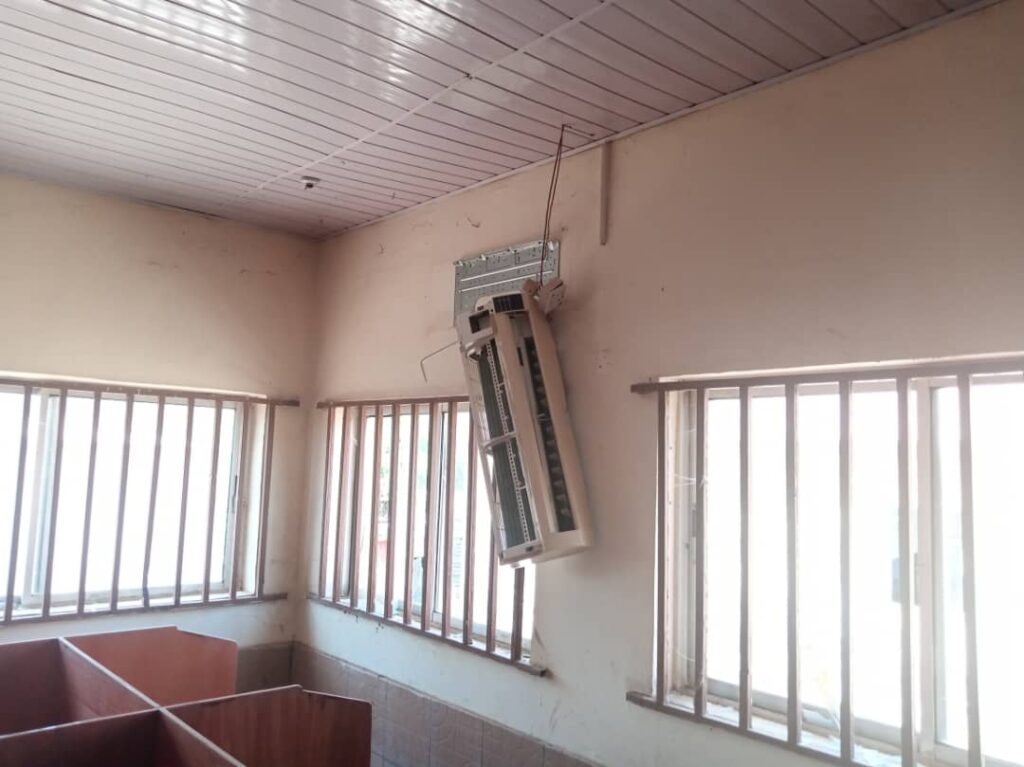 In Kwali Area Council, the famous Dr Ladi Kwali Pottery Centre which was commissioned by former President Olusegun Obasanjo in 2005 and which has continued to attract global attention was vandalised.

Other places in Kwali where the hoodlums left their footprints were the Council Secretariat, FCT Fertilizer Store, Micro Finance Bank and Veterinary clinic.

In some of these places, the hoodlums literally left their footprints. They forgot their footwear but does Nigeria have the forensic knowledge and database to track the owners of such footwear?

At the end of the activities of violent non-state actors across the country, the FCT Directorate of Road Traffic Services DRTS (also known as Vehicle Inspection Officers VIOs) bemoaned the invasion of its Auto Pond in the Gosa area of Abuja, putting the value of its losses at over ₦1billion.

Director, FCT DRTS, Wadata Aliyu Bodinga disclosed this on when the ministerial committee visited the Pond.

The Auto Pond is where impounded vehicles and motorcycles which have overstayed in the hands of the DRTS are kept. Though, a few other security agencies also liaise with the DRTS to keep some vehicles at the pond.

Giving a breakdown of the losses, Bodinga said no fewer than 174 vehicles, 3, 432 motorcycles and 43 Rickshaws (tricycles) were carted away by hoodlums.

According to him, the hoodlums operated unchallenged for about three days and in the end also vandalised offices in the premises, stole the electricity transformer and looted about 40 solar panels.

“We had over 3,432 motorcycles and not one of them was spared, not even a bolt was left because everything was completely looted. We had about 174 vehicles and even the offices were vandalised, including the roof which were removed. About 40 poles of solar have equally been removed; the observation post was vandalised. Anything metal, whether alloy or non-alloy were removed. The fence was pulled down and the rods removed. About 43 Keke NAPEP were stolen. The transformer supplying the place electricity was also taken away. I think the hoodlums stayed here for like three days or so, continuously looting the place.

“We have evaluated the items. Like the motorcycles, we placed a value or N26, 000 on each and even at that value, you have money running into over N800 million and the value of the vehicles is about N76 million. So, in all, what has been looted here is over N1 billion”.

Saturday Vanguard observed that a nearby private estate under construction was also looted, with the roof of the houses removed.

At the Idu Industrial Layout, Chairman of the Abuja, Nasarawa and Niger Branch of the Manufacturers Association of Nigeria MAN, Mr Odun Emasealu who commended the FCT Minister, Malam Muhammad Musa Bello for his prompt intervention to halt the looting, said billions of Naira in investments have been lost.

“We have gone round and the industrial equipment looted are very expensive. They raided the buildings and vandalised equipment. About 15 to 20 factories were affected. They took away windows, doors and other things including toilet seats and bathtubs, all running into billions. They have rendered these factories totally incapacitated and in fact, the owners need to reinvest to get some of them back up again. We just hope that these people will no be demoralised, that they will have the faith to come up again”, said Emasealu.

Chairman of the committee and Director General of the FCT Emergency Management Agency FEMA, Alhaji Abbas Idris said his team would so a meticulous job and present its findings to the relevant authority.

“Honestly, the level of devastation is much. If you look at what we saw in Jiwa, Gwagwa, Kuje and Gosa area, you will know that billions of Naira have been lost in these circumstances. When you come to Idu Industrial Layout, many factories were invaded and it is just beyond anyone’s imagination”, he stated.