The Member of Parliament (MP) for the Kwabre East constituency in the Ashanti Region, Francisca Oteng Mensah has pledged to adopt initiatives that will impact positively on the lives of constituents.

According to her, the target is to empower the youth in the constituency since they play a critical role in national development.

The Kwabre East MP was speaking during a ceremony to present sewing machines, hairdryers, and other machines to seamstresses, hairdressers, and barbers in the area.

She presented 450 sewing machines to the seamstresses and tailors, 450 hairdryers and other machines for hairdressers and cosmetologists as well as 200 kits for barbers of which a total of more than a thousand benefited from her intervention. 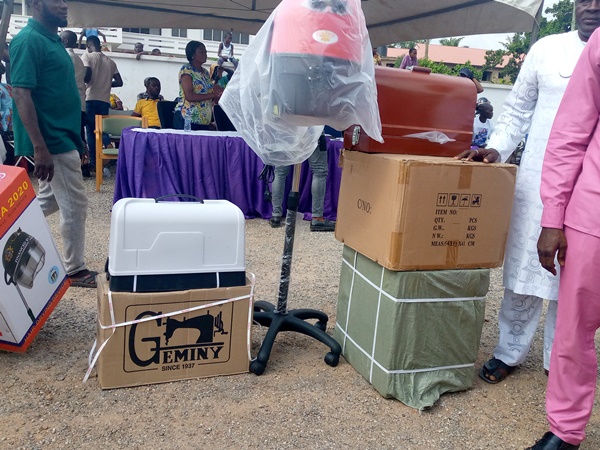 Although this is not the first time Madam Francisca Oteng Mensah has supported young people in her constituency, she has pledged to do more to empower the youth for the development of the area.

“It is very important especially looking at the state of our country now. We have a lot of young people who are interested in getting jobs. We have a lot of young people who have learnt a lot of handy skills, and they need star-up kits to start with. And so as a Member of Parliament I also deem it fit to also support my constituents, especially young people who have been able to establish themselves and those who have also been able to learn some handy skills to also have a start-up kit to start something. I believe that is the best alternative to give to anyone. It wouldn’t be right for me to be walking about distributing monies to people. I believe that is not what young people want,” she said. 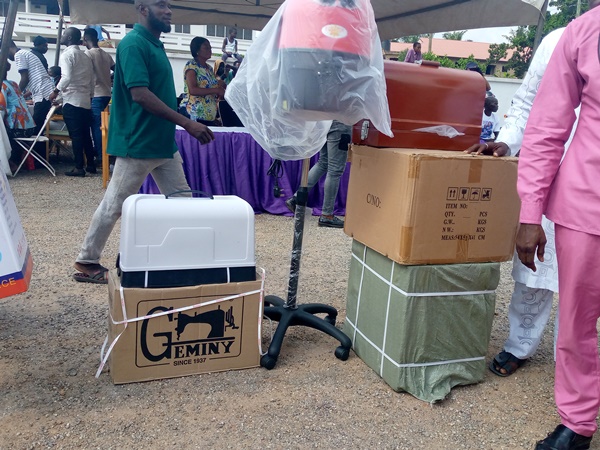 The MP who is also the Board Chairperson of the National Youth Authority(NYA) indicated that she acknowledged the frustration most young people go through especially when they go through skills training and not able to get support to start-up a business.

She further said one of the objectives of the NYA is to identify the potentials in young people in Ghana and roll out initiatives to support them to develop and expand their skills-based. 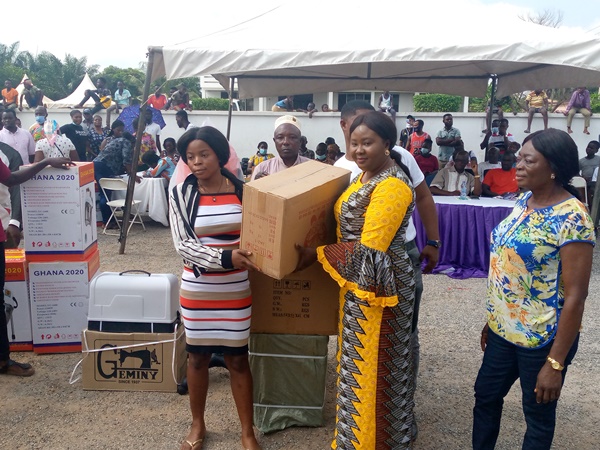 The MP encouraged the beneficiaries to ensure efficient use of the items they received and also work to impact the lives of other young ones in their communities by giving training.

She added that her team will embark on a monitoring exercise to follow up on how the beneficiaries are putting the items to use.

The beneficiaries lauded the intervention by the Kwabre East MP and assured they will use the items effectively and efficiently. 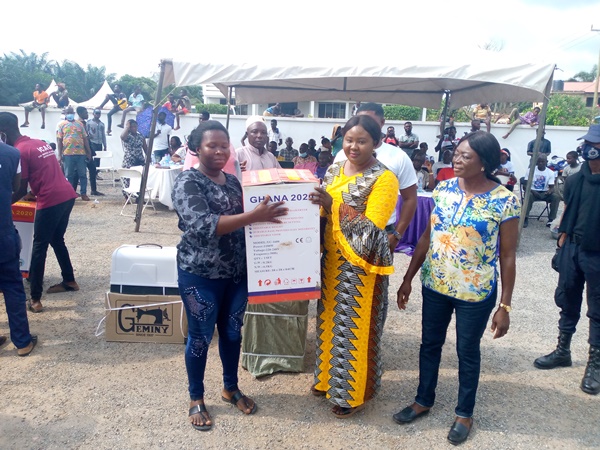 Jesus Is The Minister Par Excellence