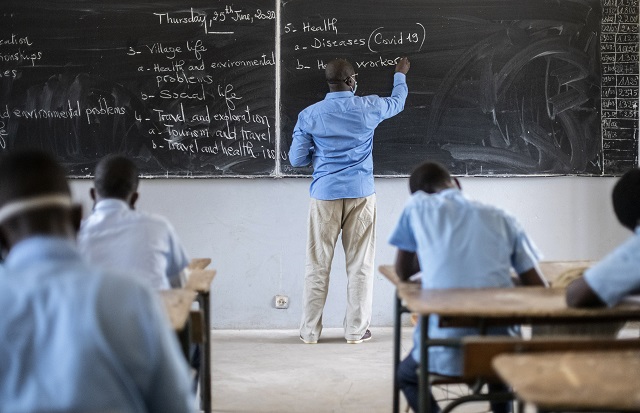 Kampala, Uganda | THE INDEPENDENT | The Directorate of Education Standards at the Ministry of Education will conduct compliance inspection of schools to ascertain the levels of implementation of the standard operating procedures.

The exercise whose mode of operation is yet to be communicated comes at the time when there are reports of violation of the set guidelines and confirmed Covid-19 cases in schools.

Benson Kule Baritazale, the head of the inspection of institutions of learning during Covid-19 pandemic, says after candidates and finalists resumed classes, there is a need for a review of the guidelines.

Baritazale who is also the commissioner in charge of secondary education says that with help of the regional and local government education inspectors, they will be visiting all schools to review how they are implementing each of the issued guidelines.

The commissioner adds that non-compliant schools will be forced to close.

Last month, the government issued guidelines that schools should implement to avoid the spread of covid-19. The most critical items included ensuring social distancing of two meters, putting in place hand washing facilities, establishment of isolation centers and limiting visitors among others.

However, one month later, there has been some relaxation putting the lives of students and teachers at risk. For instance, although schools had to operate as either boarding or day but not both, several schools which reopened as boarding have been secretly allowing day students into their school.

A school proprietor in Wakiso who preferred anonymity says that some schools are flouting the guidelines because they did not want to lose out.

“Government had said that those who can’t afford boarding sections be advised to enroll in other schools. This could not work, some of our parents cried to us and we also needed that money.”

Another common flout is teaching beyond recommendable time thus putting the lives of mainly day students in danger. Several day schools are allegedly teaching learners up to as late as 8:30 pm.

Ismail Mulindwa, the chairperson COVID-19 education taskforce notes that they are aware that schools are not adhering to the guidelines.

“They shouldn’t risk lives of our learners because of covering the syllabus, they have been given enough time, that is not acceptable.”

The follow-up inspection will also look out for institutions that illegally reopened before they were given a certificate of compliance.