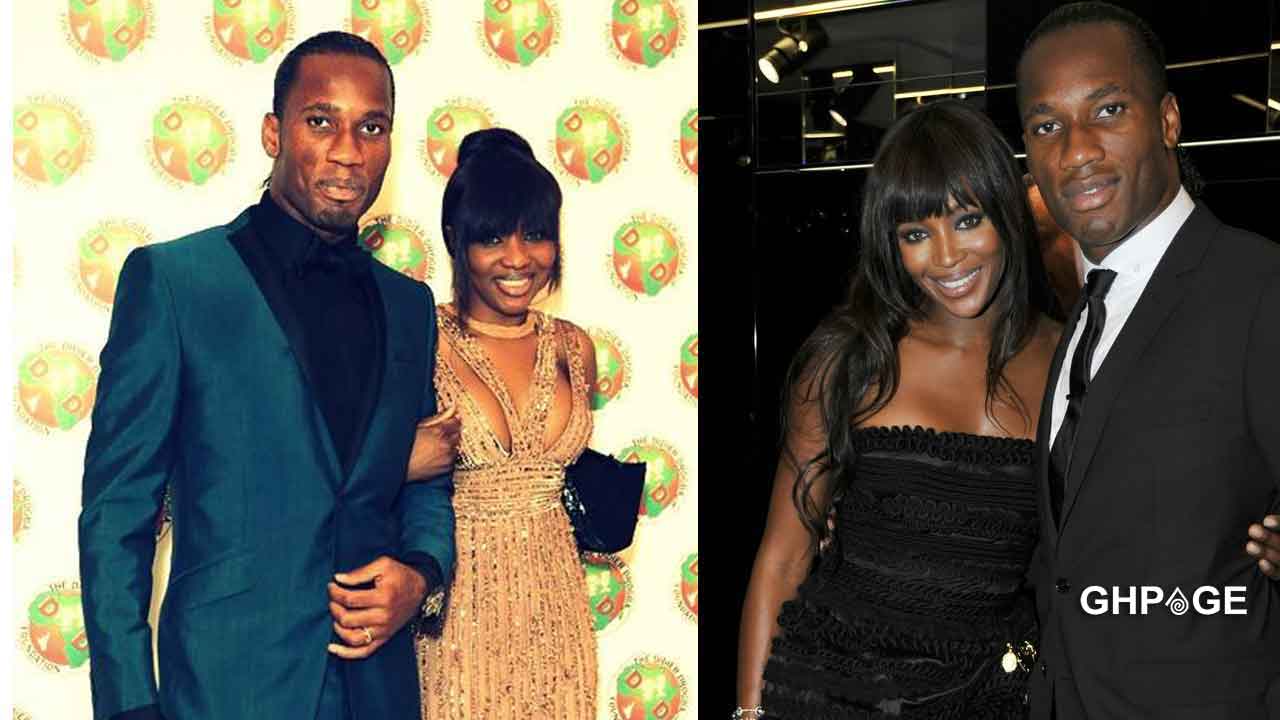 After 20 years of marriage, Ivorian retired professional footballer who played as a striker, Didier Yves Drogba Tébily has has filed for a divorce from his wife Lalla Diakite.

The announcement came after netizens asked him to provide explanations concerning their marriage following rumours that they were no longer living together as husband and wife.

Drogba and Diakite married in June 2011 in Monaco but their union has come to an end.

He did not give detailed reasons as to why he needed a divorce but Drogba noted that filing for divorce from his wife was a difficult yet crucial decision.

They had three children. Drogba stated that all three children will get maximum protection and that the privacy of the family will remain protected.

The 42 year-old made the shock announcement via his Instagram page telling fans that;

“I am not used to discussing my private life, but due to speculation in the media today, I will confirm that unfortunately after 20 years together Lalla and I have made the difficult decision to go our separate ways. Last year.

“We remain very close and our main goal has been our children and to protect them and the privacy of the family.” Drogba Wrote.

The post Drogba divorces wife after 20 years of marriage appeared first on GhPage.