Bolu, who graduated from the University of Manchester in the United Kingdom, has a Master of Science in International Management from NEOMA Business School, France.

He is a video creator, YouTuber, LGBTQ activist and fitness enthusiast. 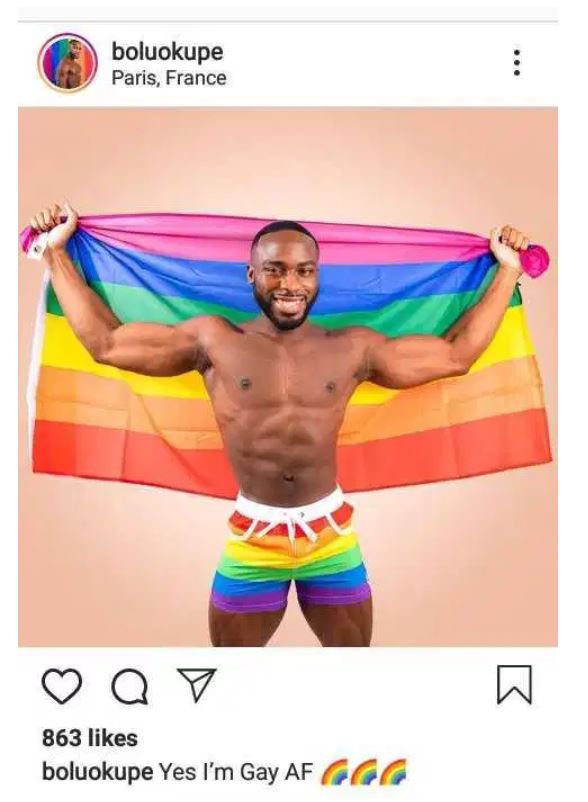 He resides in France where the law allows him to experiment with his sexuality.

But Okupe, in a reaction, said his son’s decision to openly declare himself a homosexual is a spiritual challenge.

He said he was aware of his son’s sexuality but never supported it.

The former presidential aide tweeted: “He (Bolu) is my son. I gave him the name MOBA OLUWA RIN, (I WALKED WITH GOD) because he was born at the time I gave my life to Christ.

“I have been aware of his new orientation for a while now. He knows that as a Christian and a witness for Christ (an evangelist), I am vehemently opposed to homosexuality as it runs contrary to the avowed precepts of my Christian faith.

“For me, I look beyond the surface or the physical. Here I see a major spiritual challenge ahead but I know as my God liveth, this whole saga will end up in praise to the Almighty Jehovah who I serve day and night.

“For it is written: Behold, the hand of the Lord is not shortened that it cannot save, neither is His ear dead that he cannot hear. Isaiah 59 vs 1”.