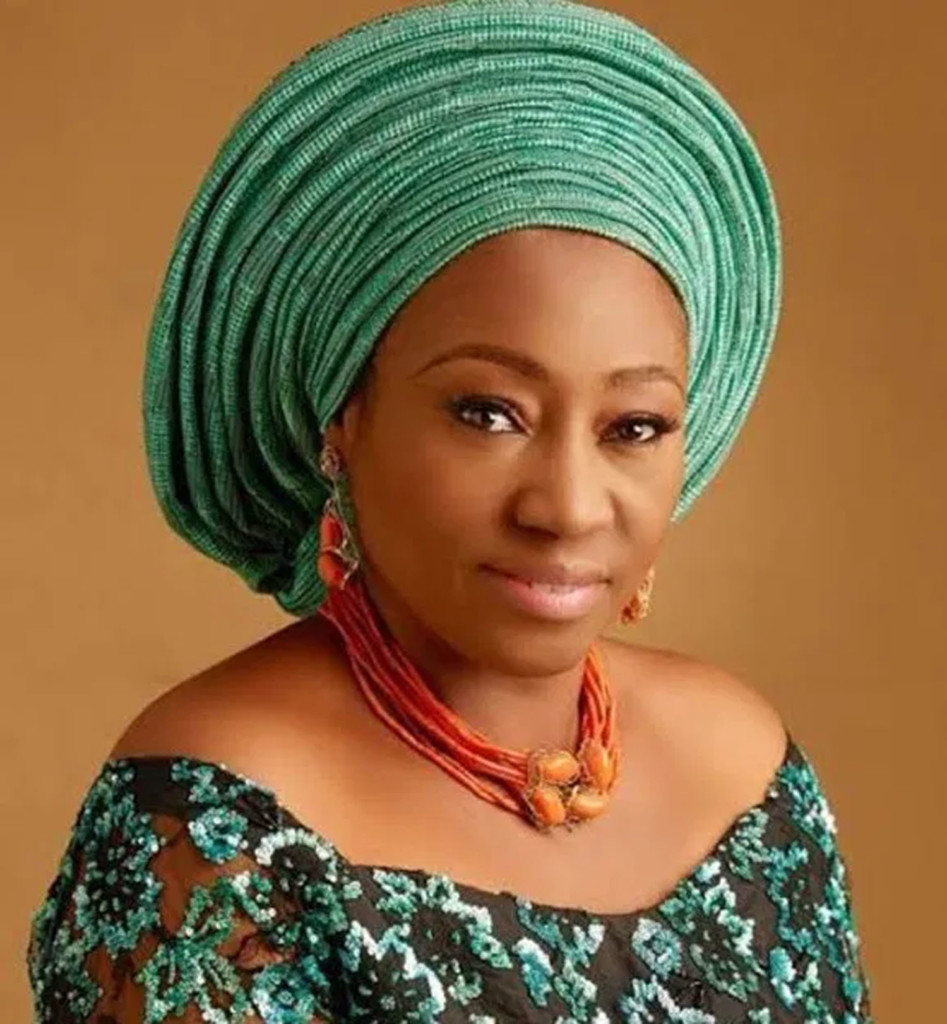 Ekiti State First Lady, Erelu Bisi Fayemi has warned the people of the State against abandoning COVID-19 safety protocols but should continue to observe them in every gathering.

She said a second wave of the virus was possible in view of recent unrest in the country and reopening of the Airports which has resulted in movements in and out of the country.

The Wife of the Governor stated this on Wednesday at the meeting of Ekiti State Council of Oloris(wives of monarchs) at the Onisan Palace, Isan Ekiti, Oye Local Government Area of the State.

She urged the Oloris to use their positions to enlighten the people on the need to observe all safety protocols and join hands with the government in the battle to curtail the coronavirus.

Erelu Fayemi urged the council of Oloris and the people present at the occasion to realize that any government in power is for a limited time, stressing that the monarchs are the everlasting Excellencies that the people will rely on most of the time for guidance.

She also canvassed support for the different policies of the Dr Kayode Fayemi- led administration, including the Gender-Based Violence (GBV).

She said: “As we all know that there will not be pardon for any Gender-Based Violence (GBV) offenders in our State. Ekiti State is one state being emulated by other States when it comes to the issues of Gender-Based Violence and fighting for the rights of every woman and the vulnerable amongst us.”

She said the Government was prepared to empower FGM practitioners who are ready to leave the practice in exchange for a more vibrant livelihood.

The Governor’s wife also urged the Oloris to join her in doing more for the elderly in their communities by being aware of their various needs, including monetary, food and health care.

Erelu Fayemi who lauded the Oloris for their steadfastness said they will play critical roles in the Entrepreneurship Empowerment programs that the government is about rolling out.

In her welcome address, the President Ekiti State Council of Oloris, Olori Eyesorun Abosede Adejugbe, the Olori of Ewi of Ado Ekiti, HRM Oba Rufus Adejugbe, represented by Apalufin of Aisegba, Olori Funke Omotoyinbo., thanked the Wife of the Governor for her passion in fighting for women in the state and for her kind gesture towards everyone.

Present at the occasion are the Host, HRM Oba Ayodele Adejuwon, the Onisan of Isan Ekiti, The Oloye of Oye, HRM Oba (Sir) Oluwole Ademolaju Adugbole III, The Chairman of Oye Local Government Hon. Foluso Ojo represented by the Director of Administration, Oye local government, Mr Gbenga Sanya and a host of other dignitaries, sons, and daughters of Isan-Ekiti.’