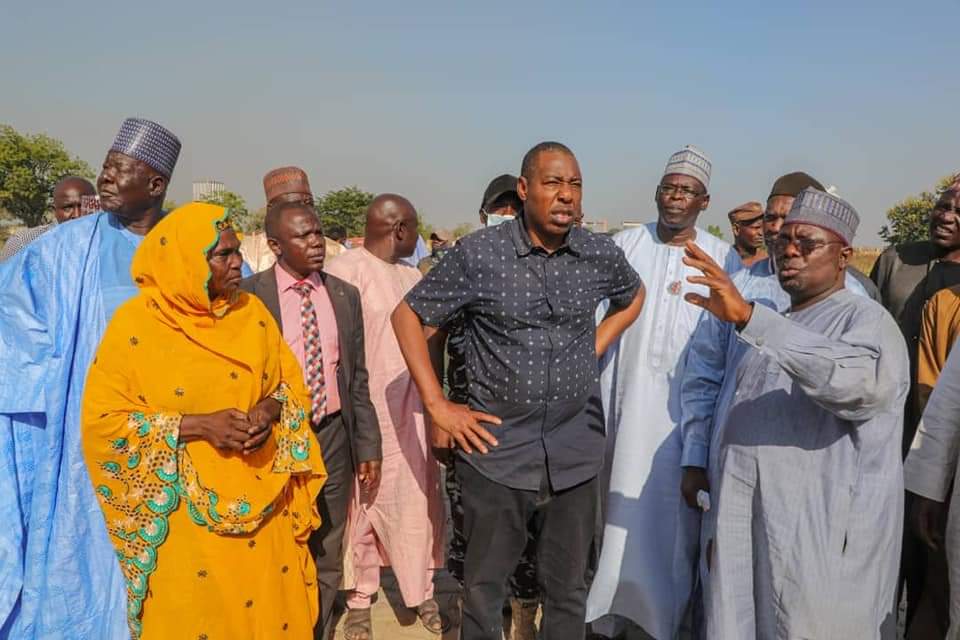 Although the defunct Presidential Committee on Northeast Intervention, PCNI, had done some work in the school, majority of roofs were blown off when Zulum visited.

Zulum’s directive is coming five years after then minister of finance, Ngozi Okonjo-Iweala in March 2015, secretly flew into Chibok and laid the foundation for the construction of a new school of international standard to replace the vandalized school. The federal government under Jonathan had initiated the project without involving the state government.

When Zulum visited the school alongside stakeholders and community leaders in Chibok, nothing had been done as the school remained what it was since the day it was attacked by Boko Haram.

“I hereby direct the ministry of education to deploy a team of experts to assess the entire school and come up with a design and costing so that I can approve the immediate reconstruction and remodelling of this school. We will also ensure that the school is allocated adequate teachers, already I have given a directive for the recruitment of more teachers both on permanent and ad-hoc staffing that will include volunteer teachers.

Of course, before the allocation of teachers, the reconstruction will involve the provision of all components of learning materials including a functional laboratory for sciences. By the time I return here, I want to see a completely different scene” Zulum said.

More than 200 schoolgirls writing WAEC exams were abducted by Boko Haram. 219 of them were declared missing 57 escaped from their abductees days into the abduction. Of the missing 219 girls, one of them, Amina Ali was found in May 2016.

In October 2016, 21 of the girls were released by the insurgents through negotiations, while another 82 were freed through negotiation in May 2017.  The Nigerian military at different times rescued two girls, making around 106, the number of girls freed while more 100 have remained in captivity with their fate unknown.

Meanwhile, while in Chibok, Governor Babagana Umara Zulum sympathized with 83 families affected by Boko Haram attacks in Takulashi, a community in the local government, and directed immediate release of N11m as social protection for them.

“What happened in Takulashi is very unfortunate, we share your pains and we all believe that nothing can equal the value of a single life. However, I will present token to support the 83 families affected” Zulum said.

Aside from that social support, Zulum inspected a community water project in Mboa about 5km away from Chibok town.

Mboa water project is designed with 750,000 litres surface tank with water sources from 10 deep aquifer boreholes each with 500,000 liters overhead tank. The project which has a completion time of 2021 is expected to solve perennial water scarcity bedeviling Chibok town and other communities around.

“The road between Damboa and Chibok has been ongoing for quite some time, I am here to supervise ahead of our target for completion by next year, 2021 insha Allah” Zulum said.