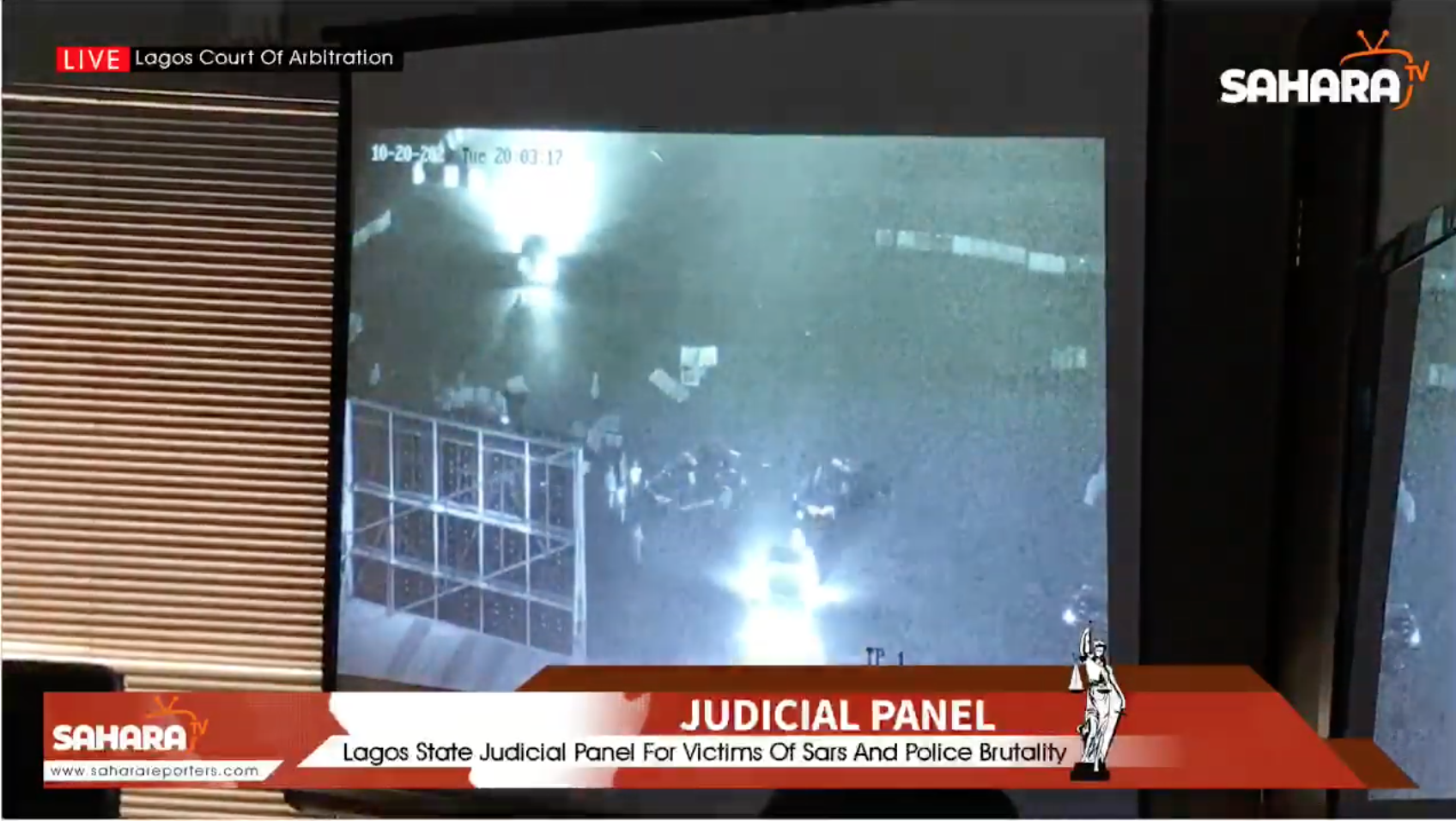 Closed-Circuit Television footage of the October 20 Lekki Toll Gate shooting has shown that military, not protesters, started the fire at the area.

The footage showed that the fire started at a side of the toll gate occupied by the military.

SaharaReporters has reported that the footage showed soldiers arriving in about four vans and taking over the barricade at the toll gate after forcing the protesters to move inwards Lekki.

In the CCTV footage played at the Lagos Judicial Panel on Saturday, protesters were not near the toll gate when the fire started except military vehicles.

The video also showed protesters running towards the lagoon near the Lekki Toll Gate as they fled from the military.