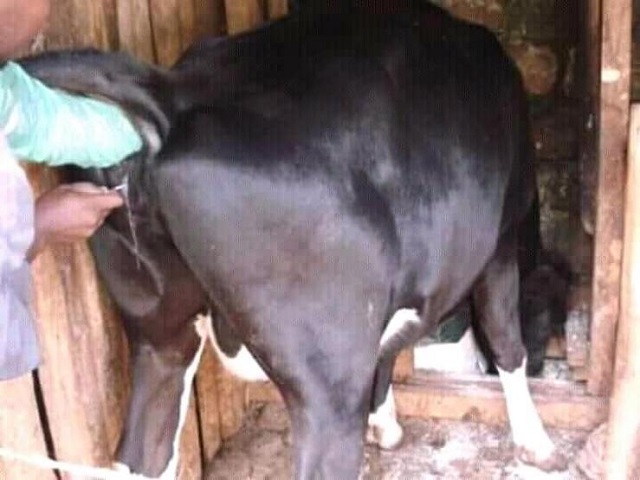 Kampala, Uganda | THE INDEPENDENT | Farmers in Bududa district have shunned artificial insemination because they are not willing to part with 20,000 Shillings to have their cows fertilized with better breed semen which would not only tremendously boost their milk yield but also produce disease resistant stock.

In 2016, the Ministry of Agriculture Animal Industry and Fisheries trained staff from Bududa on artificial insemination and gave them 40 doses of semen to improve on their breeding. But according to the district authorities, Bududa has not even met half of the expected outcome of serving 1,000 cows every year.

The vets have only served less than 100 cows, something that has become a challenge in production department. Dr. John Vincent Okoth, the Bududa district veterinary officer asked farmers to adopt the technology as this will not only boost the quality and quantity of the indigenous breeds but also increase income for the farmers since locally crossbred animals are high in milk production and also resistant to venereal diseases.

He said they are yet to procure another 600 doses of semen in the next financial year. Stephen Wambewo, a farmer from Nabweya told Uganda Radio Network that he has always wanted to acquire good breeds of animals but he had failed because authorities ask him for money yet he thought it was free.

Zerupa Namalwa another farmer said the last time she asked about the program, they told her it was too expensive that she could not afford hence frustrating her efforts to serve her cow with improved semen.

Yonasan Bululu, the district secretary for production urges farmers to embrace the program since it will help them increase their earnings through quality beef and milk production from optimized crossbreed livestock. He said farmers had resorted to using local cows to mount their animals something that comes with many disadvantages.

Dr. Felix Odong, the Bududa district production and marketing officer said the charges they always ask are for transport to faraway places. He said they only charge from 20,000 to 30,000 shilling.