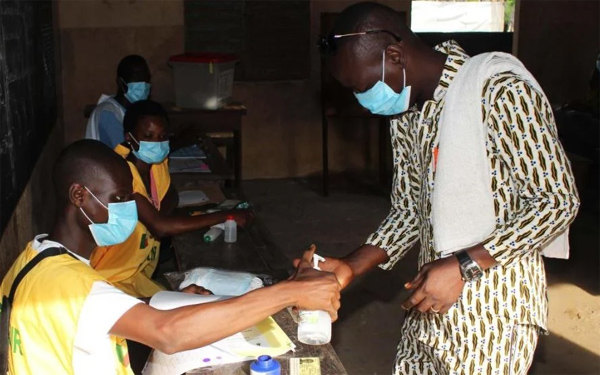 Voting for the first round of Benin’s presidential election began on Sunday at most polling stations across the country.

Approximately five million voters are expected to take part in the first round of voting at 15,531 polling stations throughout the country and 11 others in seven foreign countries.

According to the new electoral law, the President and Vice President are elected by direct universal suffrage for a term of five years and can only be re-elected once.

For this purpose, three pairs of candidates participated in this election.

Polling started at 7.00 a.m. local time and was expected to last nine hours.

READ ALSO: Why we closed Nigeria’s border with Benin – Buhari

Talon on Sunday called on his fellow citizens for a massive turnout to fulfil their civic duty.

He made the appeal just after he cast his vote in the economic capital Cotonou, adding that “polling is proceeding well across the country’’.

“The polling of this day is a great act and I urge everyone to make his choice, most importantly to choose a good candidate that best meets the expectations of people of Benin,’’ he said.

Seeking a second five-year term, Talon also said with confidence that “Benin is in the process of writing a new page in its history’’. (Xinhua/NAN)