The Vice President, Dr. Mahamudu Bawumia will tomorrow, Thursday, November 26, 2020 deliver a national address on the future of the country’s economy.

This address is part of the government’s Nation Building Updates.

In a press statement issued on Wednesday, November 25, 2020, the Deputy Minister for Information, Pius Enam Hadzide said the event will be held at the Cedi Conference Centre, Department of Economics, University of Ghana at 7:00 pm prompt.

According to the statement, “the Vice President will be expected to outline the various interventions and milestones achieved under the leadership of President Akufo-Addo within the 3 years and 10 months of his administration and layout the next steps going into the second term of the administration.” 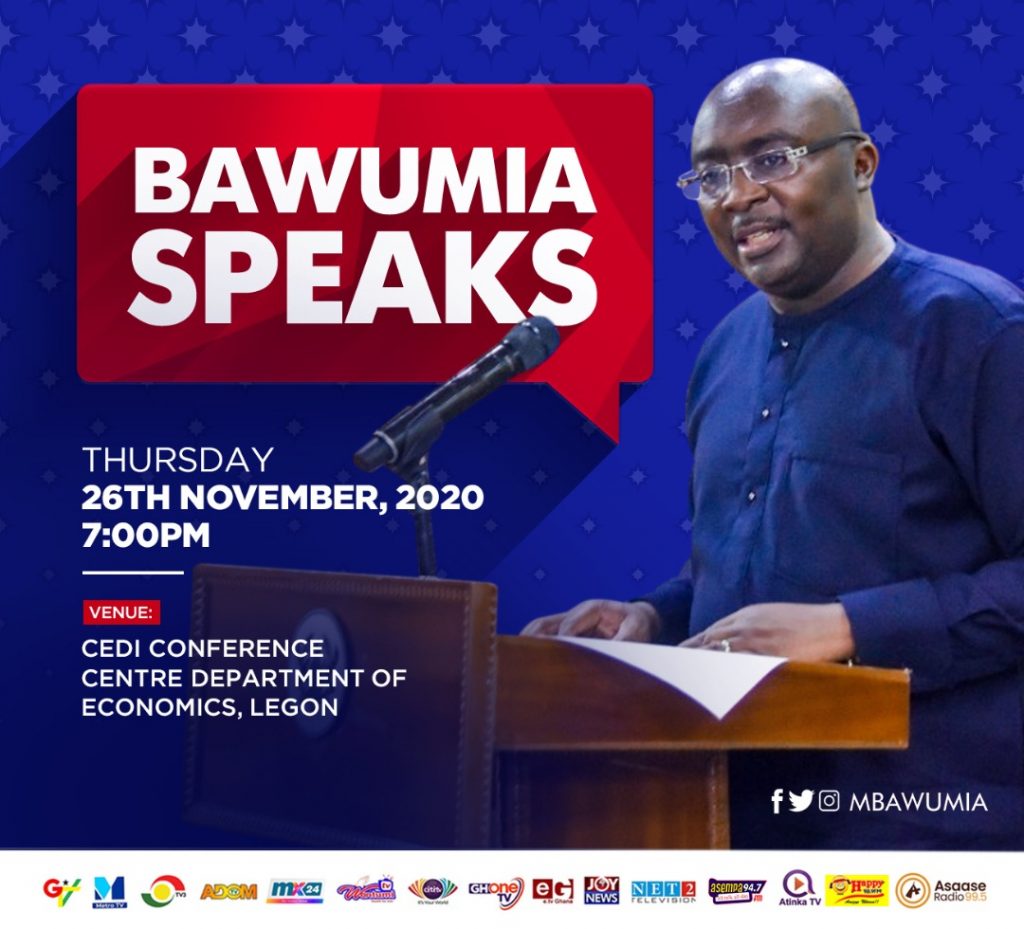 The Nation Building Updates is a weekly event organized by the government under the auspices of the Ministry of Information to provide updates on key government’s projects, policies and interventions.

The session will be aired live on all major television, radio and new media platforms across the country.

Subsequent updates on other government events and programmes will follow in the coming weeks.

The last time the Vice President gave a similar national address was in August 2020 when he spoke at the government’s town hall meeting on the infrastructural achievements of the Akufo-Addo administration.

That event was held at the Academy of Art and Sciences.

The post Bawumia to speak on future of Ghana’s economy tomorrow appeared first on Citinewsroom – Comprehensive News in Ghana.