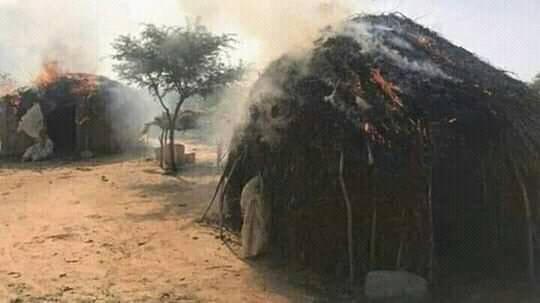 An unconfirmed number of persons was on Sunday killed by gunmen suspected to be armed bandits in Aljumma Village under Maradun Local Government Area of Zamfara State.

A resident of the area told SaharaReporters that children, women and aged were hacked to death by the bandits, adding that the casualty figure was unknown at the moment.

He said the killers came to revenge attacks launched against them by security forces.

“The bandits were initially challenged by security forces and vigilante groups, they went back to regroup.

“Hours later, they came back on bikes, more than 50 of them stormed the village. They started shooting people sporadically, setting fire on the dead and on property. It was extremely horrific, they destroyed the whole village,” the source said.

This comes days after Dutsin Gari, a village under Maru Local Government Area, was attacked and about 40 people were abducted by gunmen.