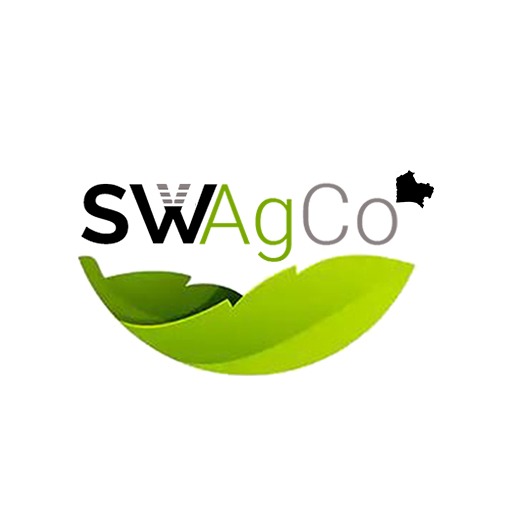 The move was made known in a statement signed by the Group Chairman, Odua Investment, Dr Segun Aina, on the inauguration of six new directors of one of its subsidiaries, SWAgCo.

According to Aina the appointment of new directors of SWAgCo is perfectly timed to ensure implementation its strategies to take advantage of the huge economic potentials in agriculture across the South West region and beyond.

While the parent company, Odua Investment is a private holding company with shareholding by the South Western Governments (Ondo, Ogun, Ekiti, Lagos, Oyo, and Osun States with a population of 40Million and GDP of over $80billion).

Also, the statement made it known that as part of a strategy to reposition the entire group, the company deemed it fit to appoint the six new board members for a four-year term.

He said: “The new leadership, which were selected through a competitive process handled by KPMG, brings a wealth of professional experience and expertise at a senior level in Investment, Finance, Agriculture and Performance Solutions to consolidate SWAgCo’s operation and set it on the path of achieving its mission to change the landscape of agriculture and agriculture investment in Nigeria.

“The parent company, Odua Investment, is a private holding company with shareholding by the South Western Governments comprising Ondo, Ogun, Ekiti, Lagos, Oyo and Osun States with population 40 million with GDP of over $80billion that we are ready to unlock for the economic prosperity of our people.

“We are pleased to welcome Mr. Owolabi Salami as the Chairman of SWAgCo; Mr. Adeola Adetunji; Ms. Cecilia Akintomide, Ms. Adekemi Ajayi as Non-Executive Directors to the SWAgCo Board, and we especially value the resumption of Mr. Babajide Arowosafe as the CEO and Mr. Adegboyega Osobu as Executive Director of the organization.

“They joined SWAgCo at an exciting time as we begin the journey to grow and expand its operations and implement its strategy for economic and social impact within the agricultural space in Nigeria.”

Meanwhile, the newly appointed Chairman of SWAgCo, Owolabi Salami, expressed joy and promised to be committed to the vision and mission of the company by ensuring that management and staff work towards changing the landscape and investment outlook of agriculture and agribusiness in South West region.

“This is a significant moment in the history of our country, it is a great honour to serve as Chairman of the SWAgCo Board of Directors.

“I am proud of the major accomplishments over the past few months of its establishment and the commitment put into the pre-operational phase of the institution by the Interim Board. I look forward to working closely with all our shareholders, and the management team”, he said.

According to the statement for the CEO, Mr. Babajide Arowosafe and Mr. Adegboyega Osobu as Executive Director respectively of the organisation, were both appointed through a competitive selection process, conducted by KPMG in late 2020 as Executive Director, Technical and Chief Executive Officer respectively, to lead the development and execution of long-term strategies of SWAgCo, to increase shareholder value.

The Chief Executive Officer, SWAgCo, Babajide Arowosafe, lauded the appointments as the new directors have the expected wealth of experience and knowledge in corporate issues.

He said: “The industry knowledge and wealth of corporate experience of the new Board in investment and agricultural finance will bring great strength to SWAgCo’s business.

“I am delighted to see great minds coming together to strategically drive the company and its agenda forward.

“Their input from a technical and strategic perspective will be hugely significant to us as Executives, as we plan the next phase of SWAgCo’s business growth and expansion.”

Mr. Adeola Adetunji (Non-Executive Director) currently the CEO, Africa for Waxed Mobile and Mvoula Group Limited, a private equity company. He was the CEO/MD of Coca-Cola Nigeria Limited. Before this, he was the CEO/MD of Waveside Proprietary Limited, a wholly-owned subsidiary and investment vehicle of the Coca-Cola Company in South Africa, and Coca-Cola Sabco East Africa.

Ms. Cecelia Akintomide (Non-Executive Director) currently an Independent Director on the Board of FBN Holdings Plc and as a Non-Executive on the Board of eTranzact International Plc. Her expertise cuts across the Legal Services and Financial Services Industries. Skilled in Strategy, Development Finance, International Law, Project Finance, and Corporate Governance issues.

Ms. Adekemi Ajayi (Non-Executive Director), currently an Executive Director in Odua Investment and who will be representing the Group on the Board. Ajayi previously worked in an Executive Management capacity at Chapel Hill Denham, Etisalat, and UNIC Asset Management where she acted as Finance Executive, as well as a financial and strategic adviser, to banks, insurers, aviation, and telecoms companies on capital raising in domestic and international markets, financial advisory, mergers and acquisitions, and capital restructurings.