AbdulJabbar Surajo Guga is  the Founder and Chairman of Guga Global Foundation. He currently works as the Director of Information Technology Northwest  Health services in St Joseph, Missouri USA.

He was born into the Family of Late Alhaji  Surajo Bawa Guga  of Guga Village in Bakori LG of Kastina State and Hajiya Sa’adatu Ibrahim of Daura, Daura LGA of Kastina.

He attended the several schools including islamic schools in Nigeria before moving to the United State of America for higher education in the USA 2007.

He has worked and gained many experiences during his journey in United State of America, started from student worker and now he is currently the Director of Information Technology for an American Health Care Organization.

He is proud member of his community and engaged in several community development programs. As part of his giving back to society initiative he built a community computer center in his village Guga under Bakori LGA of Katsina State.

His Foundation has focused on assisting the orphans and less privilege across the Katsina state.
Project such as Nursery & primary school sponsorship, school materials distribution, food items distribution, mosquito nets distribution and other community development projects has been successful executed since the foundation was founded.

Abduljabbar surajo Guga has been awarded with  Global Award, under his Valuable Global Foundation, popularly Known as Guga Global Foundation For restless and tireless efforts to serve the Humanity. 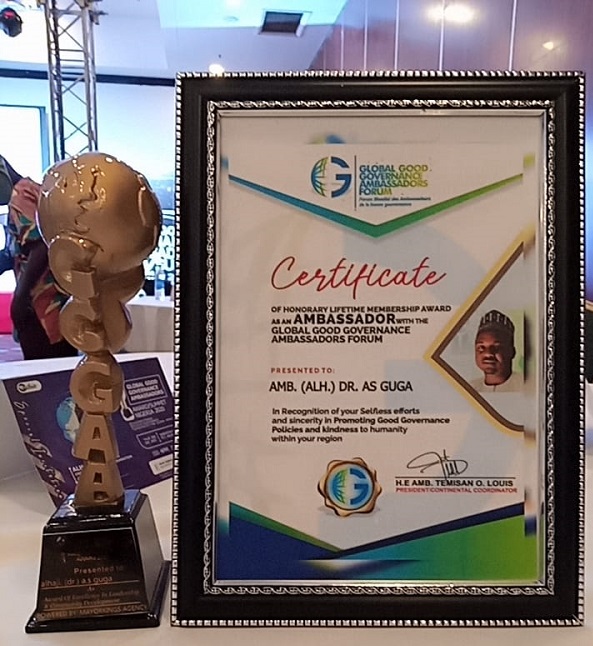 this Award is given in order to recognize and celebrated Abduljabbar surajo Guga for being Good Ambassador to his society and also Katsina State  philanthropist .

This award serves as an acknowledgement and attestation to Guga Global Foundation,  Since its inception, one of it’s foremost goals is to help Ophans and less privilege individual in the society, and it always provided excellent Humanity services in every aspect of life.